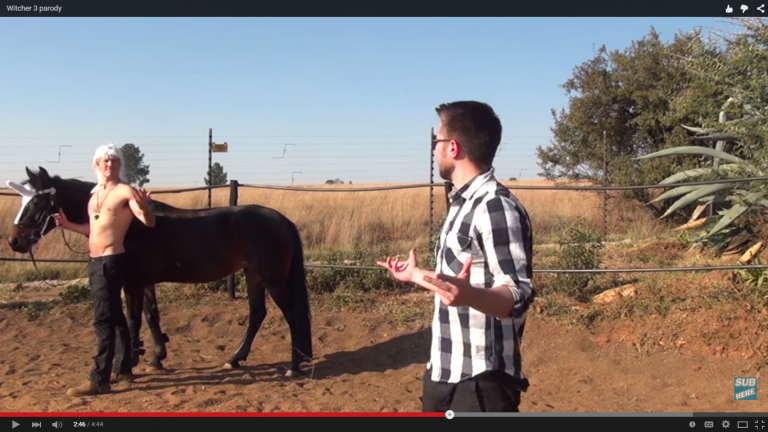 “Every now and then a game comes along that changes the way you would view a genre. I had The Last of Us for a survival adventure, Super Mario 3D world as a platformer, Bayonetta as a hack and slash, Bioshock as a FPS, and now The Witcher 3: Wild Hunt has changed my expectations for RPGs forever. I am a fussy gamer, and I have only given perfect scores to a handful of titles before, those mentioned above, and I can say that there is no questioning this score. The Witcher 3 is the definition of hard work, industry passion, and proof that if your heart is in the right place, you can build anything you ever dreamed of. CD Projekt Red built a masterpiece that will forever stand as an example to developers out there that release half-hearted, unfinished, crappy games. It is just not good enough anymore.” 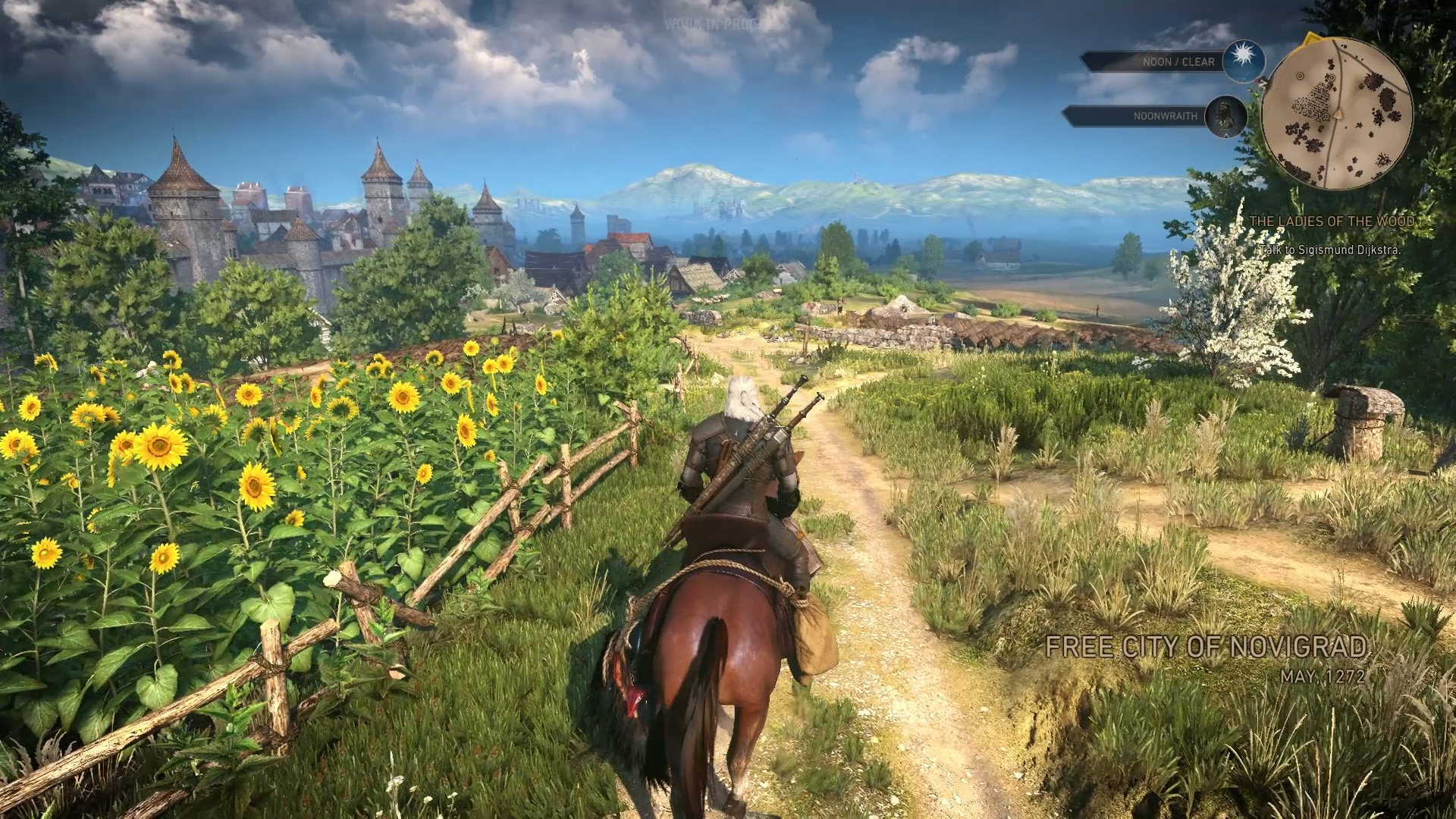 The Witcher follows the story of Geralt, a Witcher on the search for the king’s daughter Cirilla. Unlike the previous titles, the Witcher 3 eases you into the game’s story and follows the main quest at a rather slow pace. This is all made up for by its open world experience. Starting off in White Orchard, you will learn the basics of the game. Combat, alchemy, crafting, signs, etc. It takes you about 20 minutes before you are free to do whatever you wish and follow any path you want to.

The Witcher 3 has a great solid story, at times you might feel like you are doing the same thing, but there is enough side quests with so much variety to keep you from getting bored, and making it feel mundane. If there is one feeling you get it is that feeling of not knowing what to tackle next, especially in the mid-point where you have a few dozen side-quests. The voice work, supporting characters, and personalities you encounter while playing the game is something rather refreshing. There is never a supporting character with the same face skin as the other, proving that once again CD Projekt Red’s attention to detail is remarkable.

There is just nothing like the world of the Witcher. The dynamic weather, immersive landscapes, and dense forests all add to the overall magnitude of the land. While exploring White Orchard I came across landmarks presented by a “?”. These were all undiscovered and once approached were identified as quests. These ranged from monster’s nests that needed to be destroyed, to hidden treasures that contained diagrams and weapons. The side quests you get from NPCs in the game are full of content. You never get that feeling that you are completing the same old task as you did 5 minutes ago.

Often side quests would have a small impact on the game, that blacksmith you saved back in that first town now runs his own workshop. That village that you cleared from the Wraith has a population living there. It all feels rewarding.

Along the way you will find a few creatures that really prove a threat to the Witcher. I was playing on the hardest difficulty, refusing to lower it, and the combat demanded great skill which came to me sooner than I thought. The combat is fast and sees you slashing up enemies and casting different signs that aid you in combat. These signs can spit fire from your hand, create a shield barrier around you, push back enemies, and more. But the Witcher 3 is more than rolling around and slashing up monsters, there is a whole other level of strategy that you will need to follow in order to take down the harder enemies, also depending on what difficulty you are playing on. 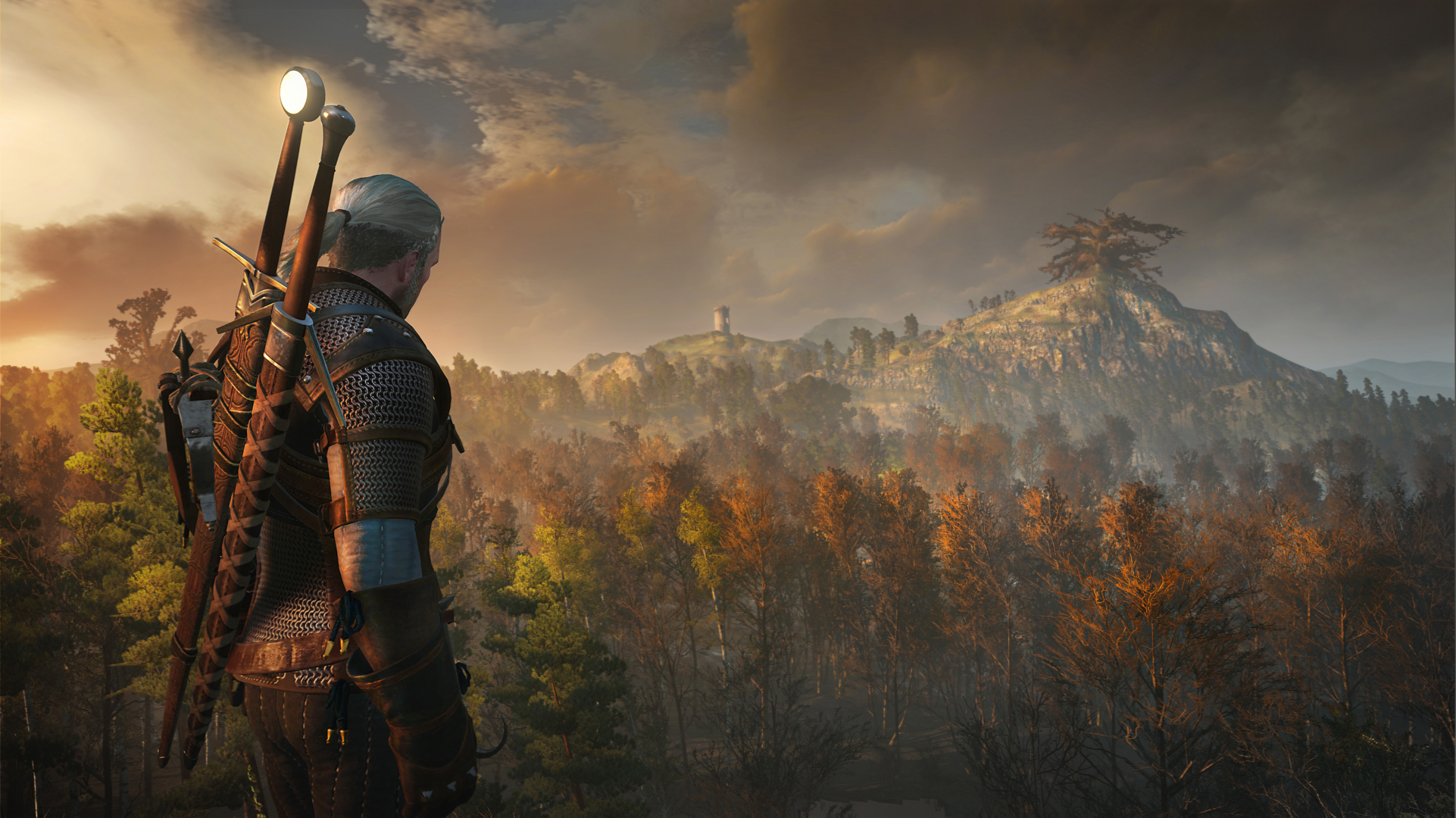 Along the travels you will come across recipes that you can read to craft potions. Potions are vital to plan ahead of a tough battle. This is where the Bestiary comes in handy. Every time you kill an enemy or find a book describing them, you will unlock a new entry. Reading this entry will give insight to the enemy you are about to face. It will also provide you with strengths and weaknesses to certain bombs and potions. If you are about to tackle a Werewolf, reading up on it will tell you to cast fire and use Moon Dust to keep it from rejuvenating its health. It makes you feel like a professional and that there really is a world inside the Witcher without making you feel like it is just a bunch of creatures created thoughtlessly.

Planning dives deeper the further you get into the game. I often had to put a quest on hold due to the lack of ingredients to craft a potion, or the lack of potion recipe in the first place. In one way this is ruthless, but in another way it adds an even greater depth to the game’s world knowing that somewhere out there is a piece of paper you need to make a new powerful sword, potion, or bomb.

Sure the magnitude of the world might feel intimidating at first, especially when you open the world map for the first time. But the deeper you get into the game, the easier it is to traverse and discover new locations. The world goes from being an empty forest with nothing but wolves and herbs to pick, to a bustling city where people snort when you walk past and quests are given out every second. There is a feeling of realness that is often misplaced in RPGs, and words cannot even describe how gigantic the world is, and how real it feels.

Geralt is the star of the show, although he might have the personality of a fish, you will learn to understand him and his cold humour. He is with you the entire time while exploring the world. Ciri has a few quests every now and then, but you are limited to the areas you are in and they are really in place for narrative reasons.

Geralt grows in more than one way while you progress the game, or are just wasting time exploring the hillside. XP is earned and channeled into levels. Although you level up pretty slowly, the pace fits the game’s size. As you level up you will earn points that can be used in a skill tree. These skills increase the performance on what you can already do, attack faster, deal more fire damage when you cast the Igni sign etc. You can then craft Mutagens, these attach to your skills which resemble the same colour. If you match them up accordingly you will be granted even more benefits. Green Mutagens attached to alchemy skills will grant you additional health for example.

The further you get into the game, the greater Geralt feels. You will go from a simple telekinetic blast to a wave of power knocking enemies down. The more you focus on a sign the greater it will become. You will also find that certain attributes can increased by equipping certain items. A magic sword will increase Igni by 20%, or a trophy that resembles the head of the creature you just killed will increase piercing damage. You will slowly mould Geralt into what your play style prefers and start seeking out equipment that increases what you are focusing on. Crafting armor and weapons works the same way as alchemy, you obtain a manuscript and gather the right ingredients to craft a set piece. The further you get into the game the deeper this system goes, requiring advanced blacksmiths and better tools.

Hours into the game and I didn’t even scratch the surface of things to do. The world was still bursting with unexplored areas, hidden treasures, monster contracts, and more. The Witcher 3 does everything right in every aspect. There is no denying that this game has the ultimate offering in content and does not shy away from being an industry changer. There is absolutely nothing else like it.

Disclaimer: The Witcher 3: Wild Hunt Review was conducted on a review copy that was sent to Tech Girl. The header image on this review has very little to do with The Witcher and everything to do with us thinking you might like a shirtless snap of Eben. You can see more of his bare torso in this parody video he featured in: