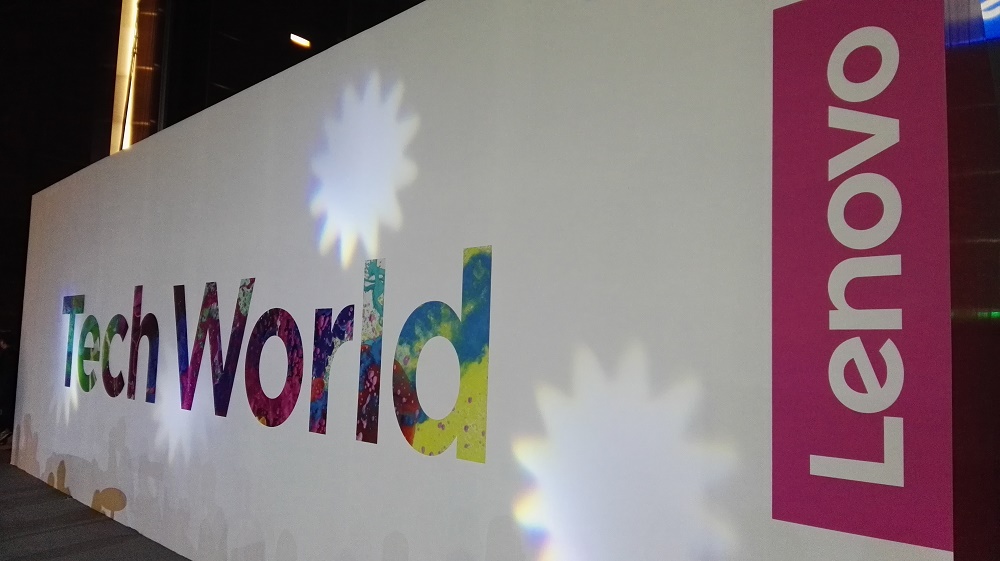 I’m always a bit dubious about tech conferences or presentations. We see a lot of smartphones coming to market and gadgets. I’ve gone so far as to call 2015 the year of “Bleh” when it comes to innovation. Today I needed to possibly swallow my words.

Lenovo presented their Lenovo Tech World with the tag line “Innovation Never Stands Still.” I figured it was a fancy way of saying “hey, we’re launching a new product.” They did do that, announcing their Vibe Shot smartphone. No word yet on when we can expect that in South Africa but I imagine it is aimed at teenage girls who want to snap selfies and photos of their friends without spending a small fortune on a device. It’s a reasonably simple device that comes with a fantastic camera. 16 MP with a tri-colour LED Flash. If you’re a notebook fan we can expect a new Lenovo ThinkPad with Windows 10 in August. There was also a built in projector on a smartphone which is pretty awesome. I wasn’t sold on the tablet but I’d be the first in line for a projector smartphone – you could play games or watch movies on any wall during loadshedding or at live stream the final minutes of footie at boring dinner parties (don’t switch the light on when you take an extra long bathroom break)

While we’re on the subject of smartphones. While we have no word on when to expect a Lenovo smartphone in SA the Motorola brand will launch locally later this year. 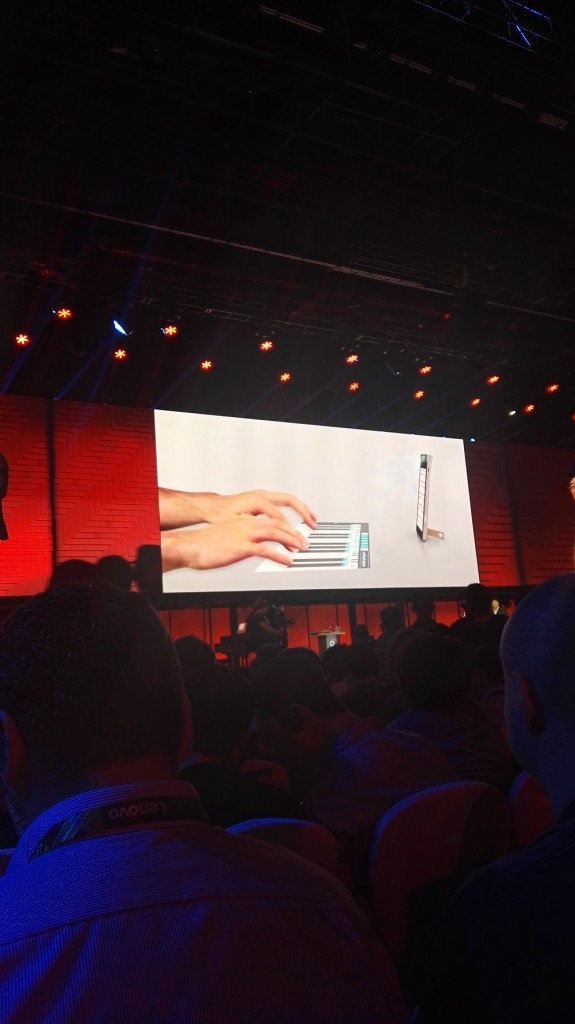 Yay, new products. Now for the really rad stuff that they announced at Lenovo Tech World.

The conference didn’t only feature Lenovo and their new products. They pulled out the big guns, so to speak, by including keynote presentations from Intel CEO Brian Krzanich and Microsoft CEO Satya Nadella.

Intel introduced their Real Sense technology which is a new camera feature that would allow you to ultimately render a 3D image of yourself or an object and then send it to a 3D Printer. Personalised superhero figurines anyone? Real Sense isn’t only about 3D imaging. It also reads body and hand signals so you won’t have to touch the screen and, on paper, should be an incredible new way to interact with technology. Even on Star Trek they had to touch the screens. We’re moving ahead! Watching Real Sense in real time (see what I did there) was incredible. I’m presuming initial use might be a bit difficult but in a few years time I imagine young girls won’t have to worry about greasy fingers on their touchscreens. The best part though? We can expect Intel’s Real Sense to roll out in notebooks by the end of the year. Krzanich also confirmed that we will have a Real Sense smartphone in the market next year. 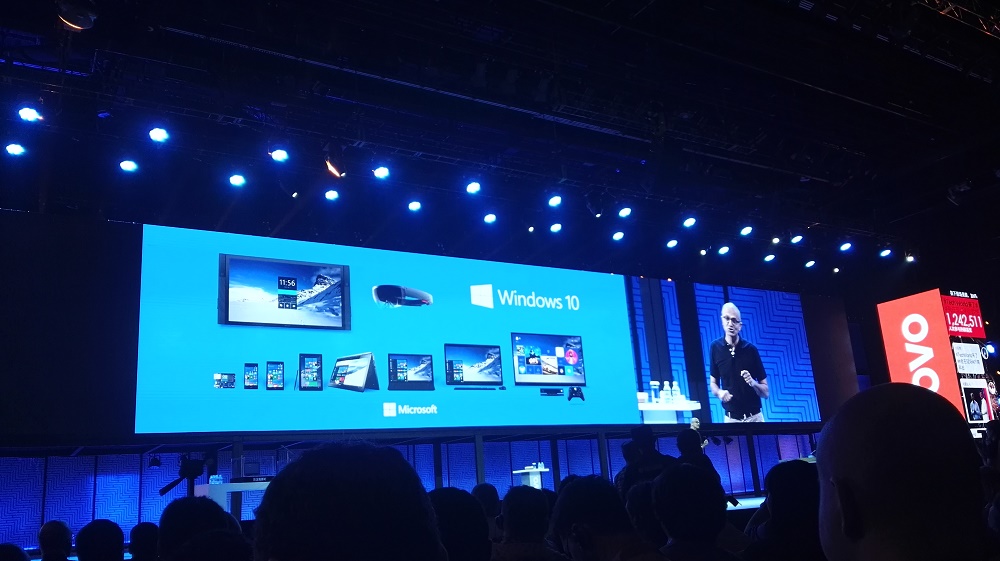 Microsoft CEO Satya Nadella teased us with some Microsoft 10 promo videos and discussions. I’m a loyal Windows girl but that loyalty wavered with Windows 8 so I am counting down the days for Windows 10 and no doubt we can expect it in the next two months (especially if Lenovo is rolling out a Windows 10 device in early August). One of the things Nadella showcased was Windows Cortana. She’s the smarter Siri, if you like. Instead of having to ask your questions in a specific format you’ll be able to speak “normally” to her and she will respond. For example:

“Cortona where is that excel spreadsheet I worked on at Tasha’s with Anne?”

The system will cross reference excel documents, your location settings and calendar and then present it to you. So in the above question Cortana will see when you were at Tasha’s meeting with Anne and then filter the files you worked on during that time. It will also work across the entire interface, so even if you worked on the excel spreadsheet on your notebook but are now only on your phone, the system will still find it for you. 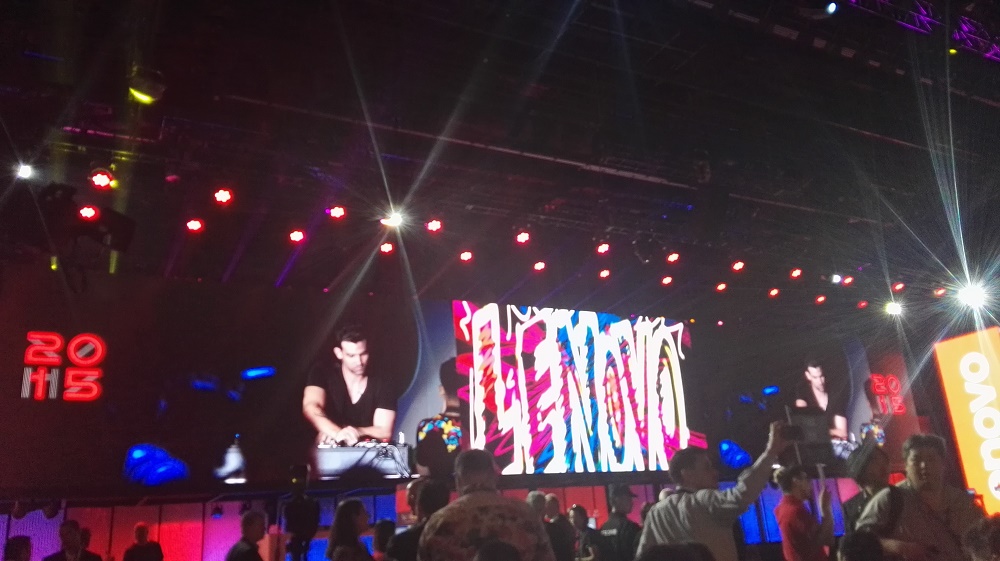 So in short? The entire way we use technology is going to change. These are not arb concepts. These are new technologies we can expect in the next few months. Will they likely be buggy? Probably. Will it confuse the hell out of you? Yes.

But remember when you were a kid, watched Star Wars in awe and couldn’t stop thinking “whoa”? No, just me? We’re there now… and it is pretty damn rad.

Disclaimer: My trip to China was sponsored by Lenovo. They put me on a plane, in a hotel and fed me.