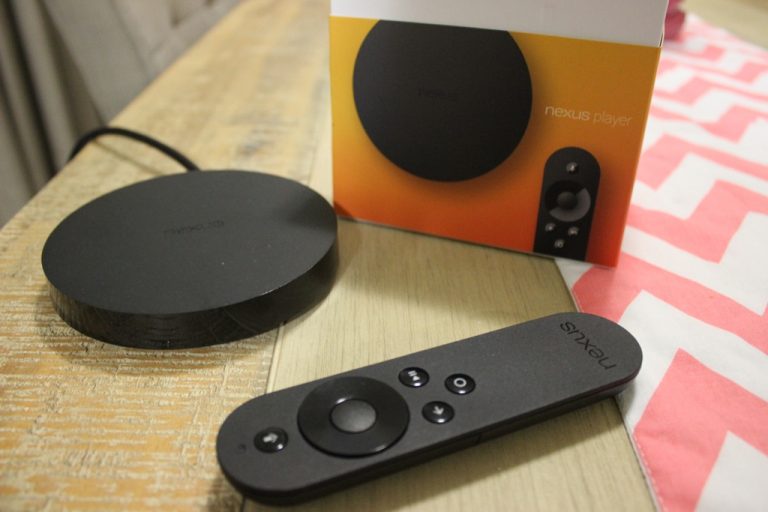 Possibly one of the most used gadget in my house, the Nexus Player is nifty. Some might compare it to a Apple TV, but this little box is way more than that. 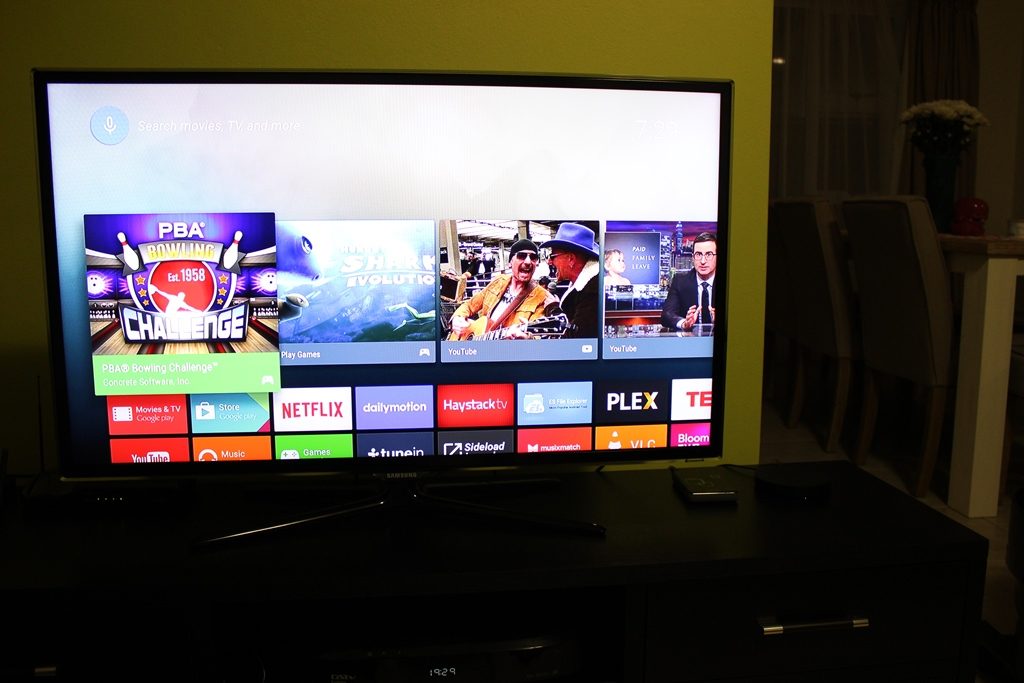 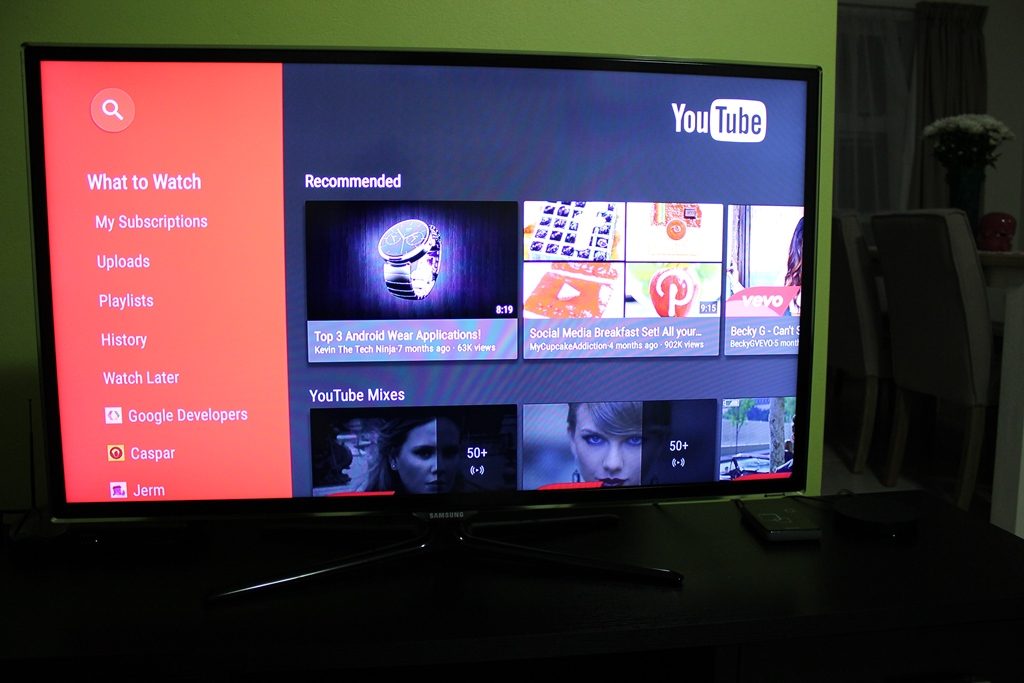 The Nexus Player, allows you to install games from the Play Store, just like your normal Android phone, it lets you download apps, and play games. Games such as Asphalt, Leo’s Fortune, Bomb Squad and Tap the Frog are some of the best that are available. 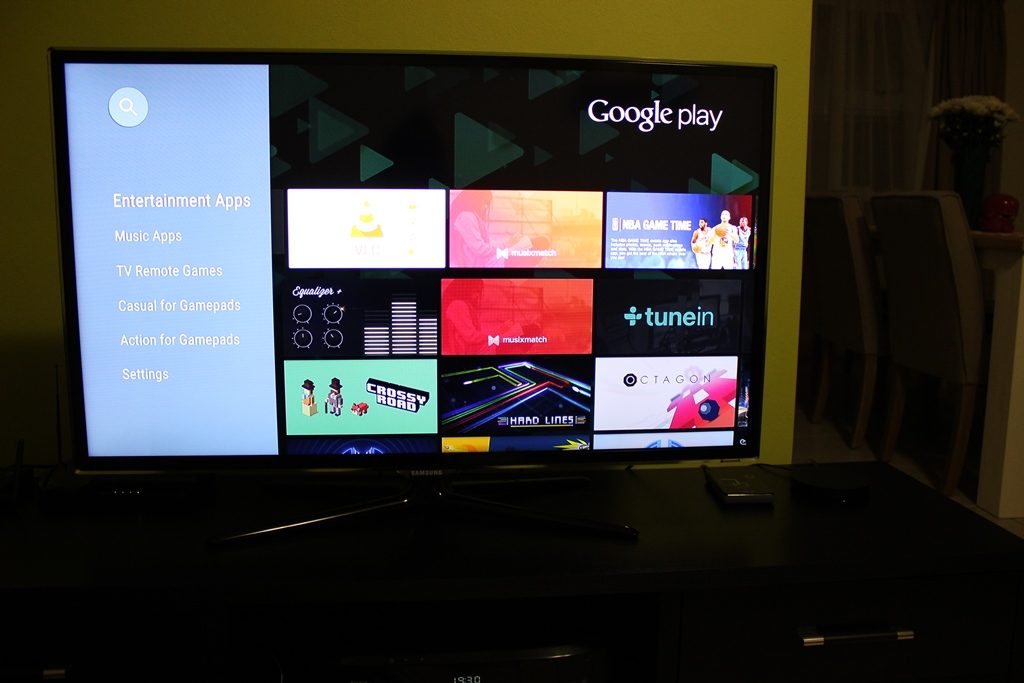 This TV box is different from the other Android TV Boxes that are available already, in that this box runs Android TV, this means the user interface has been designed to be navigated with a 5 button remote, and doesn’t need you to plug in a mouse or keyboard. 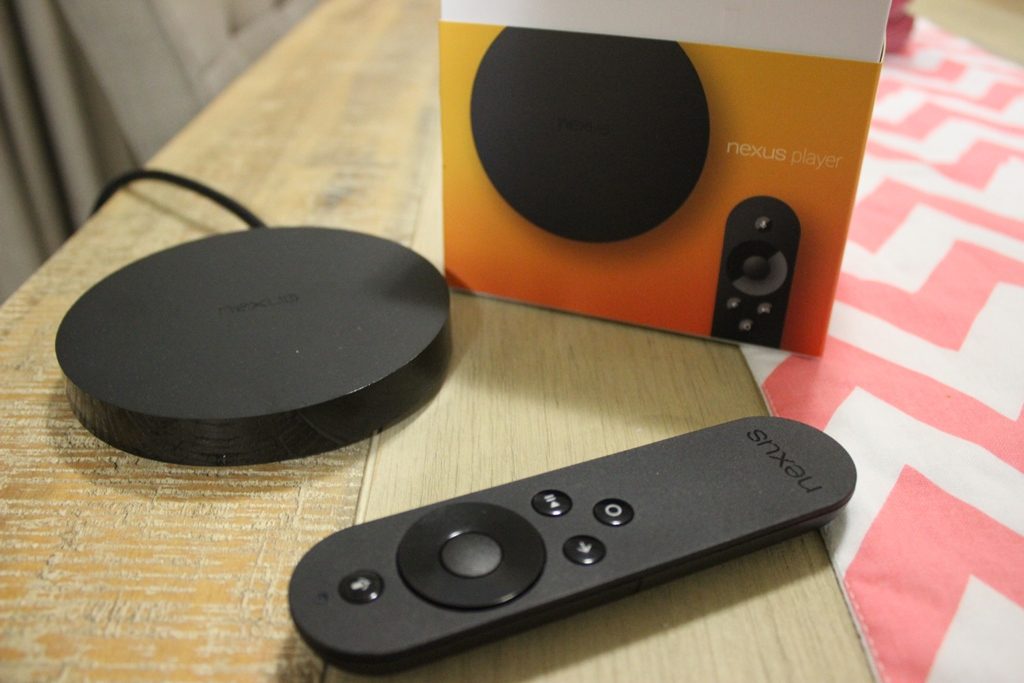 There is also a companion app for your phone, that turns your phone into a remote for the TV, allowing you to type and control the TV from as many devices as you have. It can also respond to your everyday Samsung Smart TV Remote, so you don’t have to fumble around to find the correct remote. 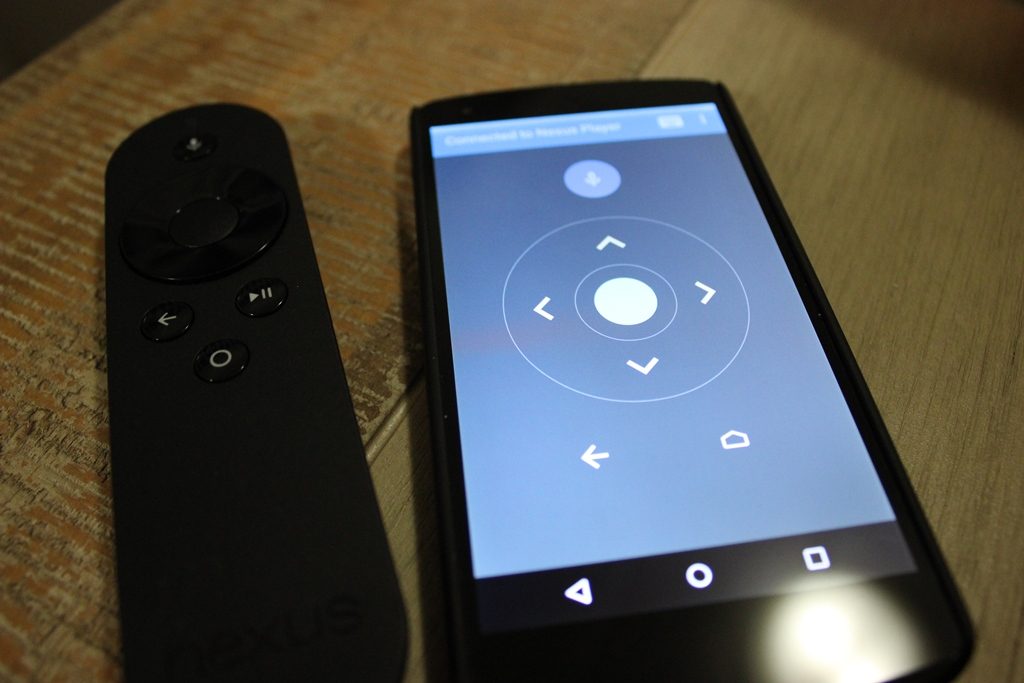 The Player can connect with Bluetooth controls, and is basically a mini PlayStation once you have bought a companion control. I purchased the Samsung Wireless Gamepad control (R500) after buying the player, and it works like a charm, playing Asphalt and other games works really well. What I like most about the games on this device, is that they are quite simple and your kids would probably love them too. My favourite game on this little gadget is Bomb Squad, you can have up to 8 players connect to the TV and fight battles against one another. 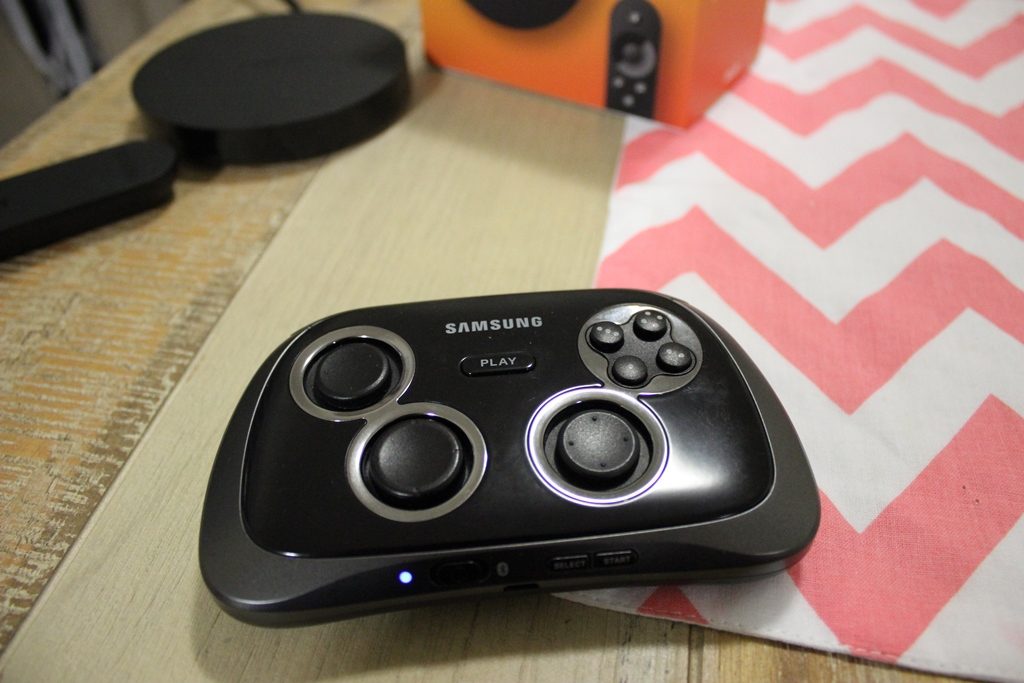 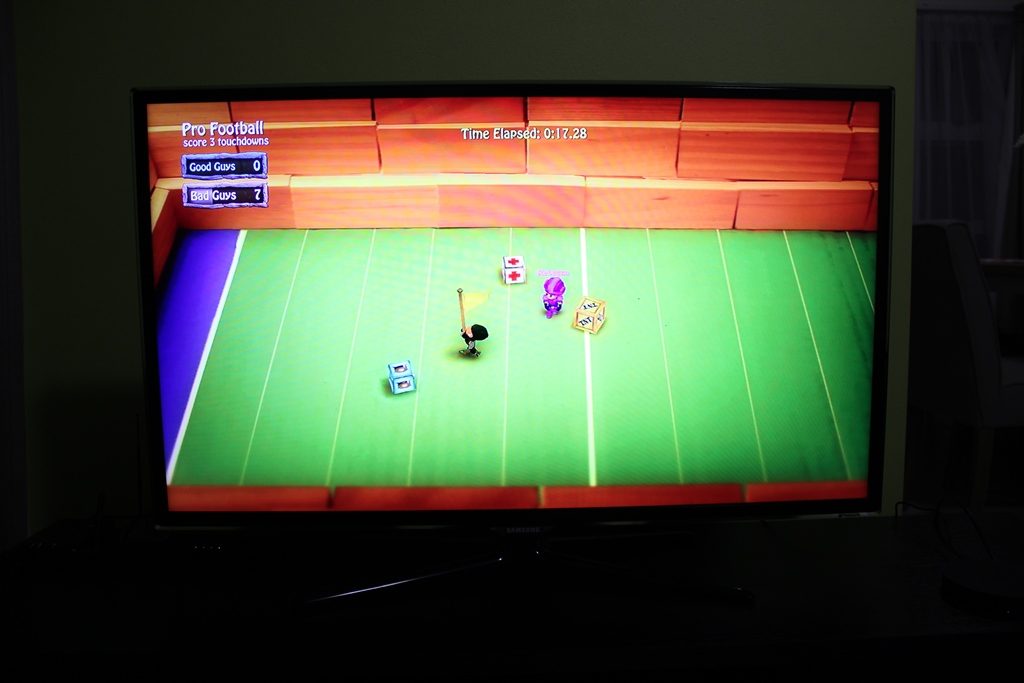 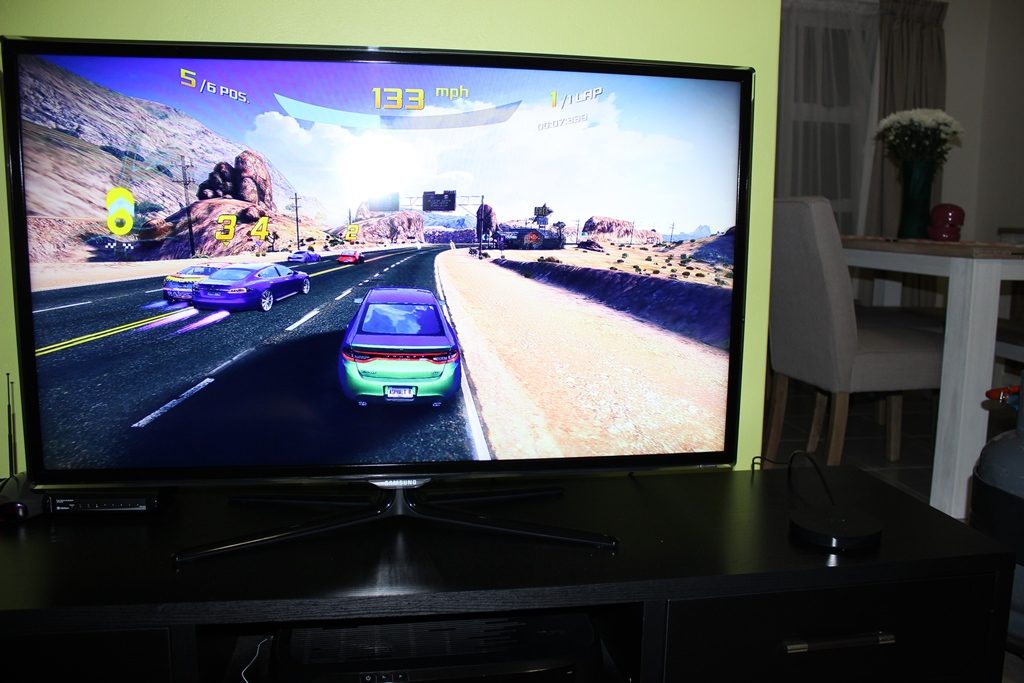 The device is Google Cast Ready, which means if you are running an Android device, or surfing the web in Chrome on your laptop, you can mirror your display onto the device, and quite easily showcase what is on your small phone screen, you can also queue up a bunch of music to play in YouTube on the TV.

The one gripe I have with the box is that you cant easily plug in a USB drive and start playing something off the device. You have to either use something like Plex or set up a share on another computer – just a big mission. I think Google realises that the future of entertainment is mostly online, so you shouldn’t really need to plug in a hard drive to do this, then again, why would they not include an Ethernet port? Either way, this small round gadget is a cooler option than an Apple TV, and I think Google is well on their way to having a really usable TV platform that will soon grow in popularity. 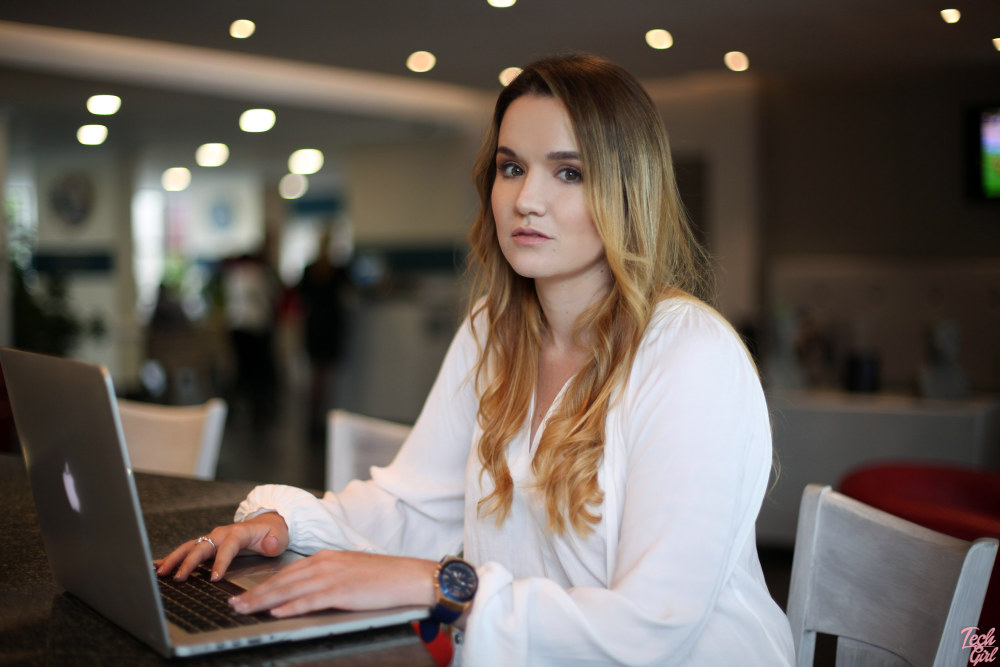 Is blogging ruining my life?