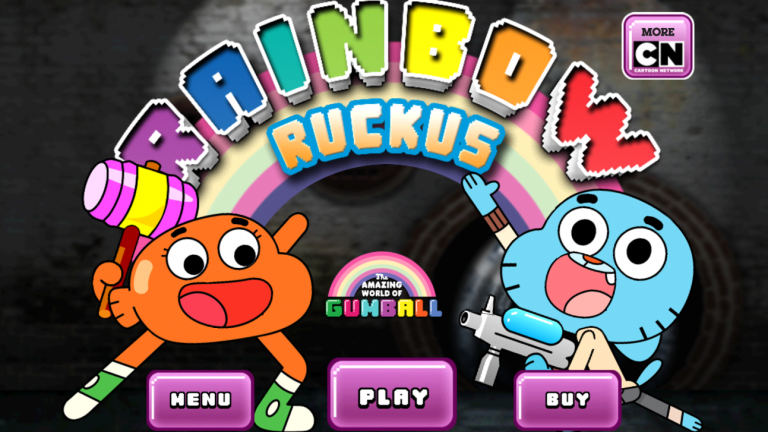 Free version available for download in the Google Play and App Store.

Want to know how you’re getting old? Take a look at the shows kids are watching on Cartoon Network. I miss Cow and Chicken and Johnny Bravo. But there are a few goodies on the channel, The Amazing World of Gumball is one of my favourites. It follows the lives of the fearless blue cat, Gumball, and his trusty sidekick-fish Darwin (I’m still not sure why Gumball hasn’t eaten him yet) as they go on wild adventures in and around their home town, Elmore.

Kids aren’t content with playing in the dirt and watching cartoons any more. They want more and now, with mobile games they don’t only get to have favourite characters, they get to be them as well! Queue Rainbow Ruckus. Your little one gets to become their favourite cat and team up with Darwin to go on their own adventure and try save the town from Jealousy, who is out for revenge. 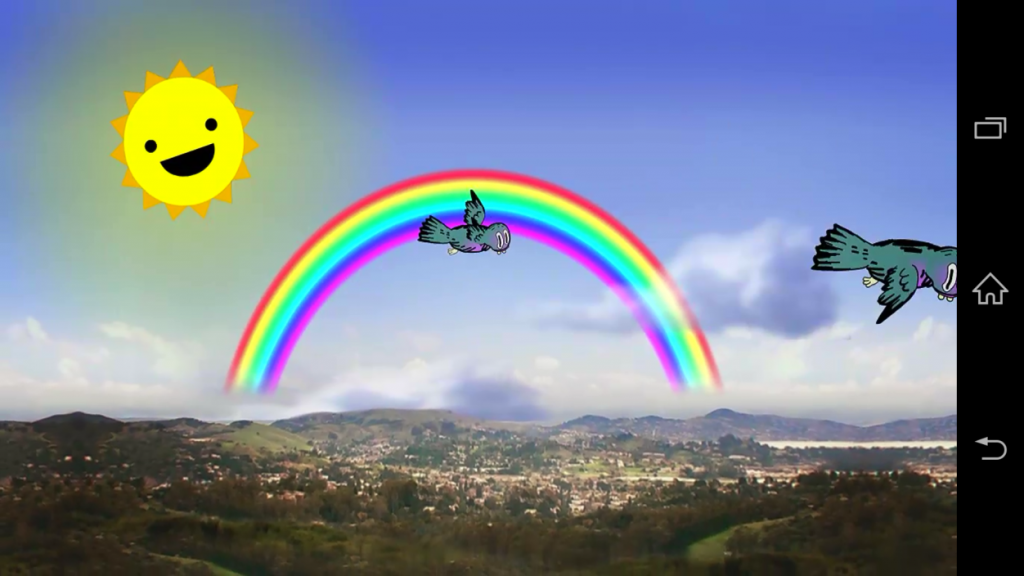 Jealousy has stolen Elmore’s famous rainbow and you (Gumball) and Darwin go on a mission to save the town and restore the rainbow above Elmore. 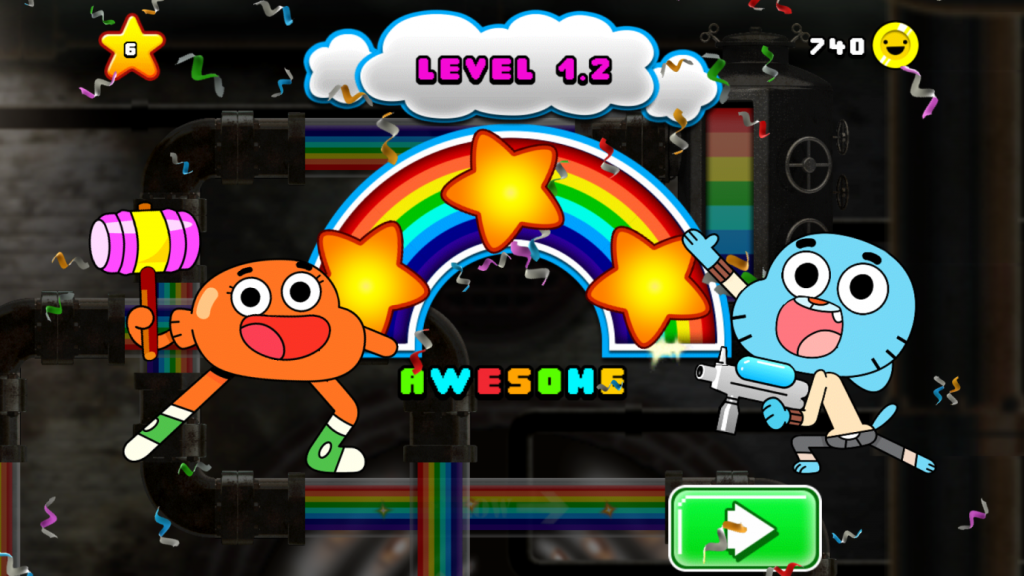 Rainbow Ruckus follows the tried and tested formula of progressively harder levels with each offering up to 3 stars for completion. The game is extremely easy to learn and play. Your kids will love it BUT you’ll find it pretty entertaining too. Hand over your phone to your kid and enjoy a 30 minute escape (see wine break) from the delightful darlings you run after. While you sip on your favourite Chardonnay your children get to develop some motor skills and logical thinking while tossing in loads of fun and laughter into the mix. 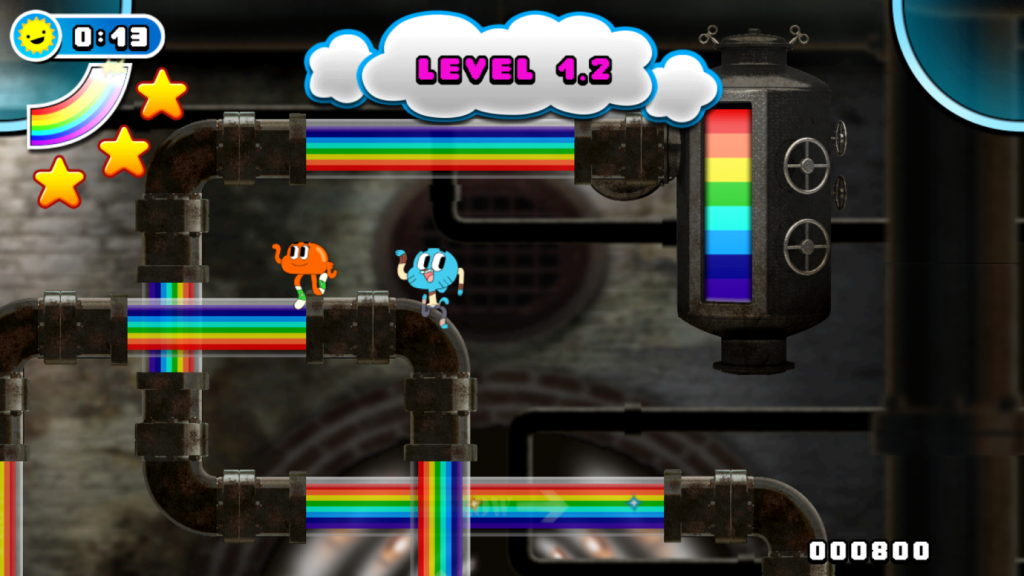 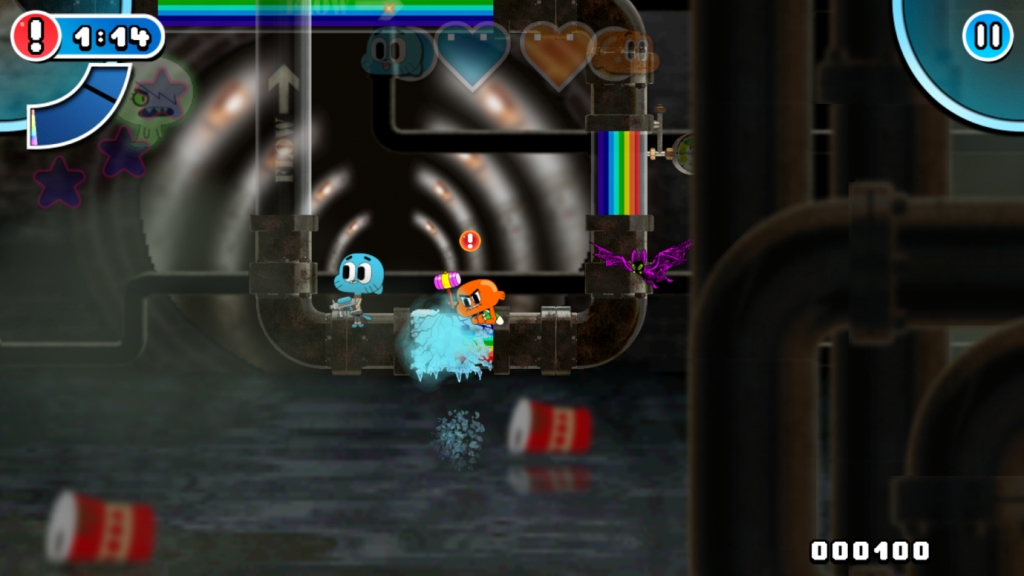 By using one half of the screen to move around the pipes and the other half to shoot paintballs at all of Jealousy’s minions and possessed townsfolk, Gumball and Darwin need to follow the pipeline to make sure the rainbow gets back to the surface where it belongs. Along the way you’ll be expected to remove obstacles like frozen pipes and pesky bats. There are a stack of upgrades and abilities to unlock as you make your way through the game.

The Amazing World of Gumball Rainbow Ruckus is super cute and will definitely bring a smile to your child’s face while you get to praise a higher power for a few minutes of “down time” (again, see wine time). This is a must have for any child who loves tablet games. You’ll also find it rather fun to play while waiting for them to come out of school in the arvie. It’s a win win!

Disclaimer: It’s a free mobile game download. So we downloaded it, played it and drank some wine in between.