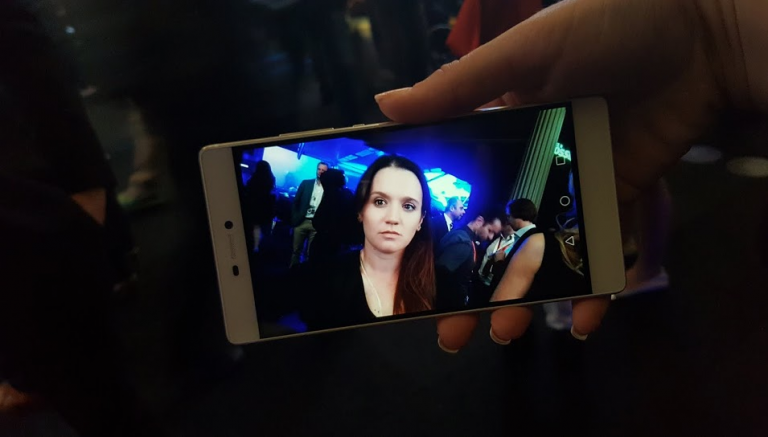 Skinny is the new Smartphone sexy – the Huawei P8

So what do I want out of a smartphone? It’s simple:

If I’m dropping a few grand on a phone best it look the part. I don’t want flimsy and plastic. I want sleek and sexy with a premium look. I’ve been in London this week for the launch of the Huawei P8. It’s the Chinese manufacturer’s new offering that is set to compete with the Samsung Galaxy S6 and the iPhone 6. Huawei is still relatively new to some of us. I know some of my friends look at me a little bit confused when I mention the brand (they also can almost never pronounce it at first, but that ship has sailed time and time again). The thing is, Huawei is quietly going along producing some impressive phones and pricing them lower than other phones in their class. We’ve crossed the 10k mark when it comes to high end devices and, if I’m honest, it just seems a little bit insane.  How many of us have that sort of cash lying around? So we’re being forced into ball breaking (even though I don’t have a pair I presume this is what it feels to be kicked in them) contracts that tie us in for 24 months and milk us for all the pennies, cents, rands and credit we may have to spare.

So the first score for the Huawei P8 is that it comes in considerably cheaper than other phones in its class. If you’re putting down your cash you can expect to pay around the R7000 – R8000 mark (and if it does all they claim that is pretty damn impressive pricing). The cheaper price tag doesn’t mean the phone lacks on any features. I am extremely impressed with the look of this phone. It has got curved corners and is extremely skinny at 6.4mm. The 5.2″ display is sometimes just too big for my little hands but by making it skinnier it sits rather comfortably. I don’t like encouraging the stereotype that skinny is sexy but in the smartphone world…. it is. The phone has a full aluminium body giving it a really premium look and the colour combinations are gorgeous. Personally I’m rather partial to the Champagne and Gold offerings.

The battery life will reportedly give heavy users 1 full day of use before running low while regular users can expect a day and a half. I’ll need to do some blow by blow tweeting of my day to confirm this though. The camera is really where this phone shines though. It offers incredible light filtering options that allow you to get some great photos in low light and also add some incredible features. Just look at this:

Huawei’s selfie camera has always been rather formidable but they’ve upped their game with the P8. Lowlight selfies come out looking fab on the 8MP front facing camera. For the more serious photographer there is a 13MP camera on the back. You’re able to use some interesting filters to improve the selfie experience including a “perfect selfie” option that will do a photoshop job on your wrinkles and bags under your eyes (as well as freckles… not sure how I feel about that. I like my freckles). For the beauty vloggers there is a fantastic director mode on the camera which assists you in creating professional looking videos (if you’ve seen my YouTube Channel you’ll know I need this one!).

So it’s affordable, it takes great photos and it looks rather classy when I pull it out my handbag. But so do many other phones. The Huawei P8 offers a host of other features to try set it apart, not just gimmickly light photo editing options. It’s spill resistant so you can knock over your wine class with no fear, it has a great ebook reading feature that we’ve seen on kindles and is packed with hardware that should ensure in runs fast and smoothly. I like it. I like it a lot.

You can expect the Huawei P8 in South Africa around June. There’s also a P8 Max and while it is a beast with a battery life I’d break nails to have, I just don’t get this big phone obsession so that’s all I’m going to say about that.

Disclaimer: Huawei did host me in London for the launch event of the P8.