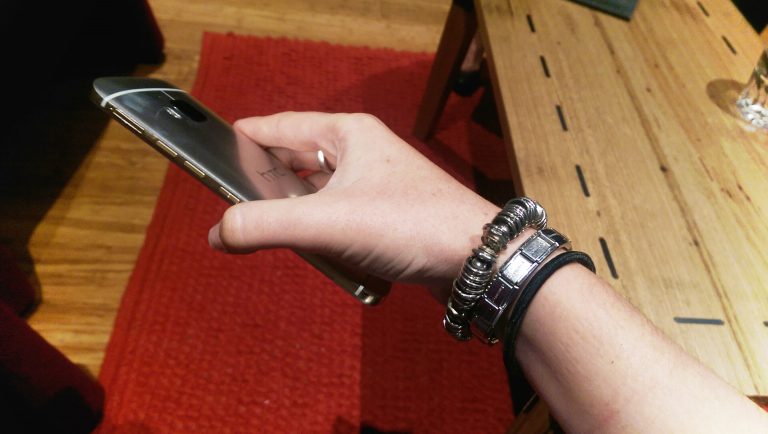 Would you buy a pink HTC One m9 smartphone?

Why are we so afraid of pink smartphones? I get that for a long time the pink and shrink it mentality of brands put women off (i.e. if they were trying to sell a gadget they’d make it smaller, make it pink and hope that would influence your purchasing power) but is it really that big a deal if you want a pink smartphone?

The HTC One m9 was recently launched in South Africa at a swanky event. The phone will only be available on 1 June 2015 locally with pre-order campaigns starting in May. You’re looking at it costing you about 10k or R500 a month on contract. One of the things that I found interesting was that the phone would come to the country in gun metal grey and the silver gold dual tone (it’s beautiful, by the way), but the pink version would be released “at a later date”. 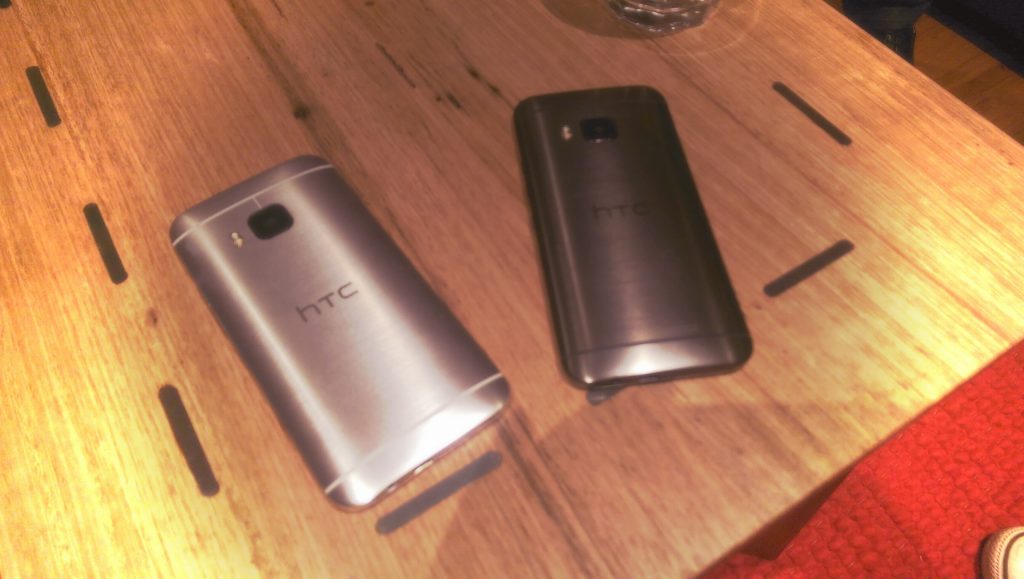 I had a chance to chat to HTC’s general marketing manager for the Middle East and Africa, Neeraj Seth, and asked him about this “special date”. Seth explained that because of the unique colour it seemed fitting to rather release it on its own at a later date.

So let me weigh in here, there are likely a few reasons (and while no one would confirm I’m right, the HTC guys did smile sheepishly before declining to comment….):

If you want to keep the momentum of a phone rolling it makes sense to stagger marketing campaigns. Start with a media launch event, toss in pre-order options, launch phone and then a few months later launch a special edition (like a pink phone or a gold one that is also, as yet, not available locally). That way you can spike sales a second (or third) time as opposed to seeing a giant spike on releasing the phone to the market and then watching sales average out. 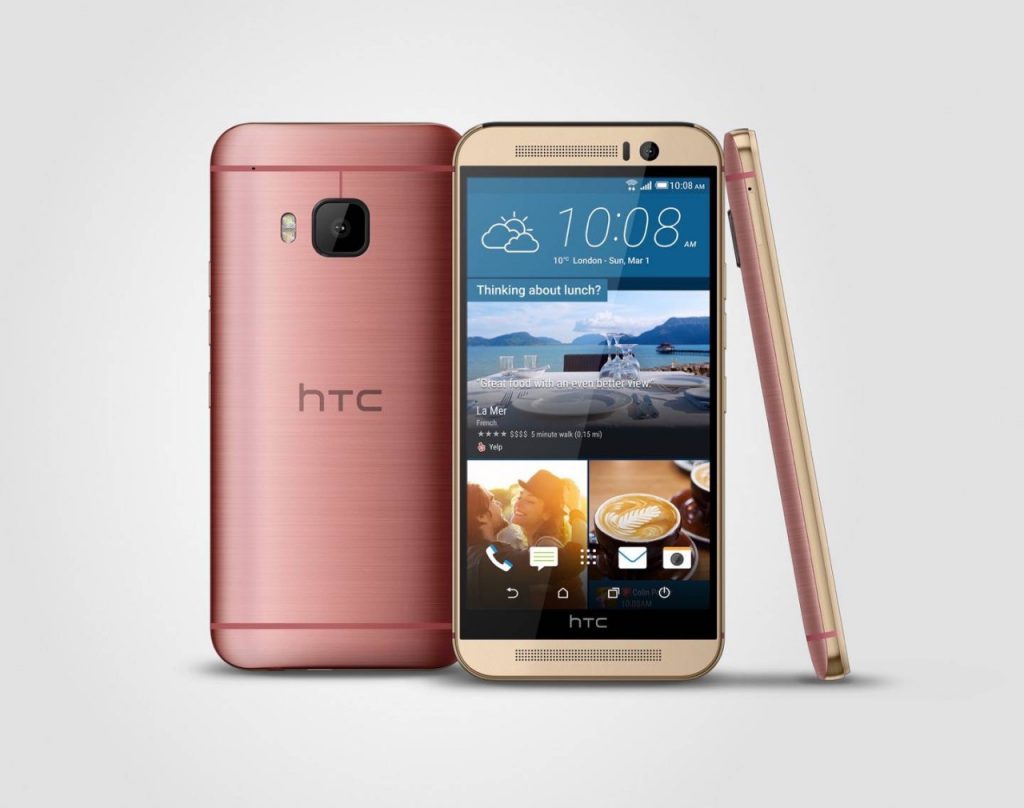 The other reason we might be seeing a pink phone at a later date is because women are terrified of buying one. We’re shying away from buying into the stereotype for fear of being branded as the silly woman who knows nothing about tech and only bought a phone because it was pink.

By releasing a pink phone in say breast cancer awareness month (October….) you’re giving the ladies who wanted the pink smartphone a valid “defense” to go out and buy it. They’re supporting a good cause, maybe a fraction of their phone spend gets donated to a charity etc.

Let me tell you something about the HTC One m9 – it’s a sexy phone no matter what colour you buy it in. It is packed full of features and is an improvement on the m8, which was pretty damn good to start with. The brushed aluminium finish is pure class and Seth told me that they’re extremely strict on the metal finish of the phone. Each phone is checked and if the brush isn’t perfect it doesn’t get past the production line, they start on the finish again. That’s a similar process to the one taken with jewelry pieces so you’re purchasing a quality product. 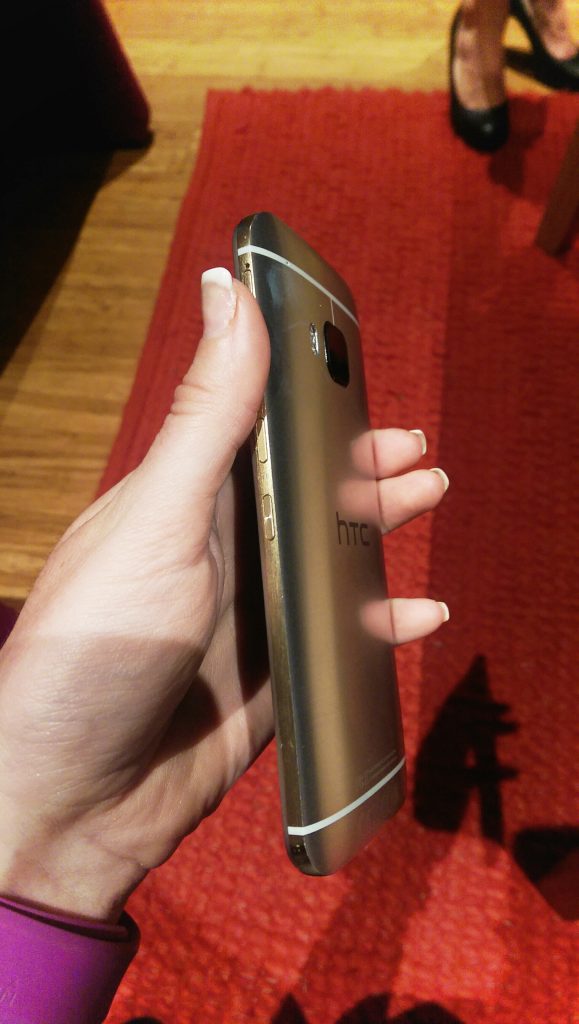 Personally I think the HTC One m9 is going to look rather striking in a pink finish and I don’t give two hoots if someone thinks I’m silly for having one. They clearly don’t know the punch the phone packs no matter the colour. The features would speak for themselves. Saying all of that, the bling lover in me would likely go for the gold one.

I’d like you to share your thoughts here though. Would you buy a pink smartphone? Or do you shy away from the idea and why?