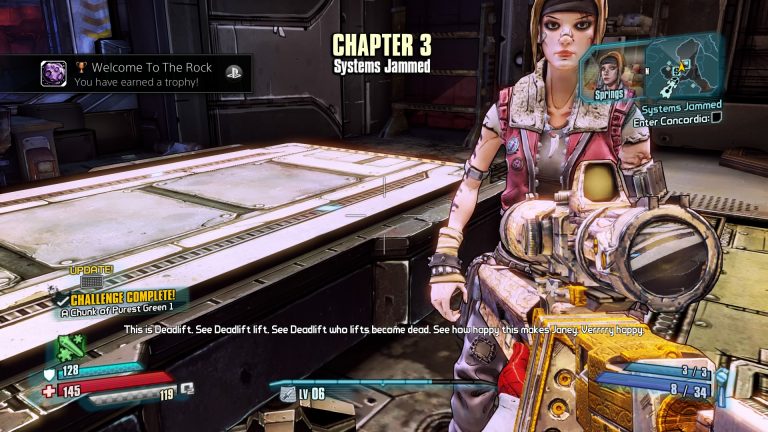 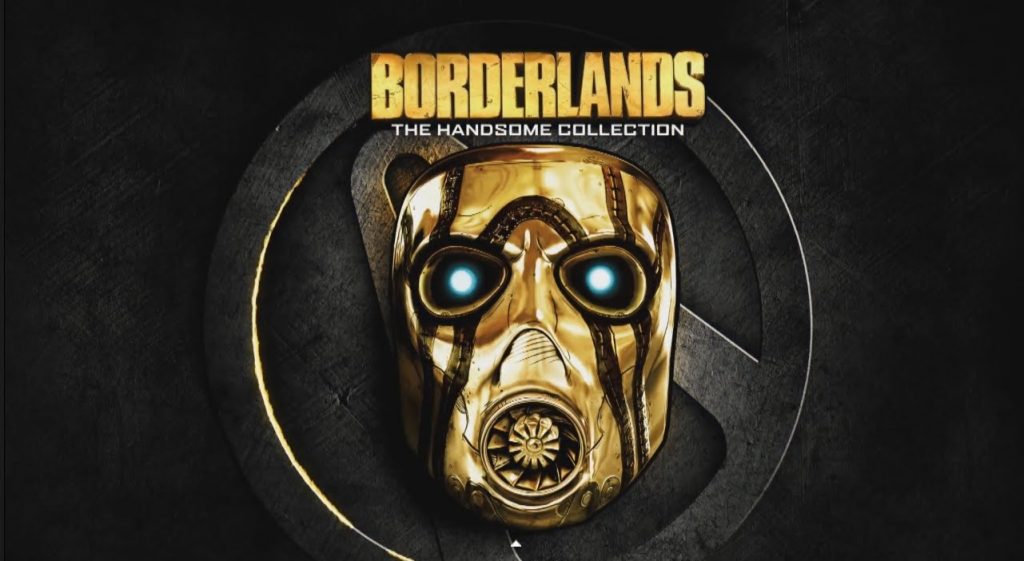 As a long running Borderlands fan, the Handsome Collection announcement not only excited my former 2012 self, but it also meant that the next few weeks would be filled with couch co-op like no other. 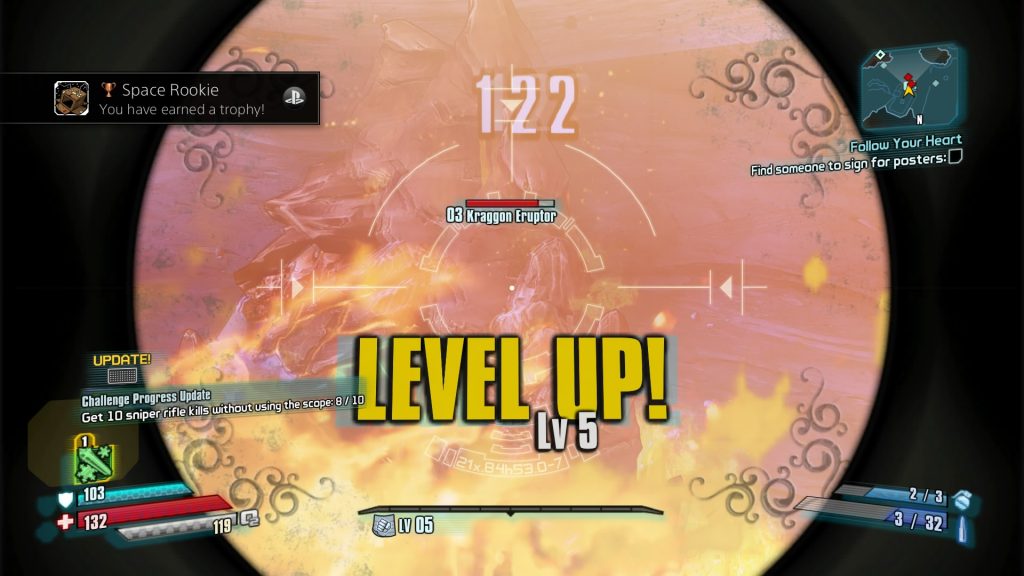 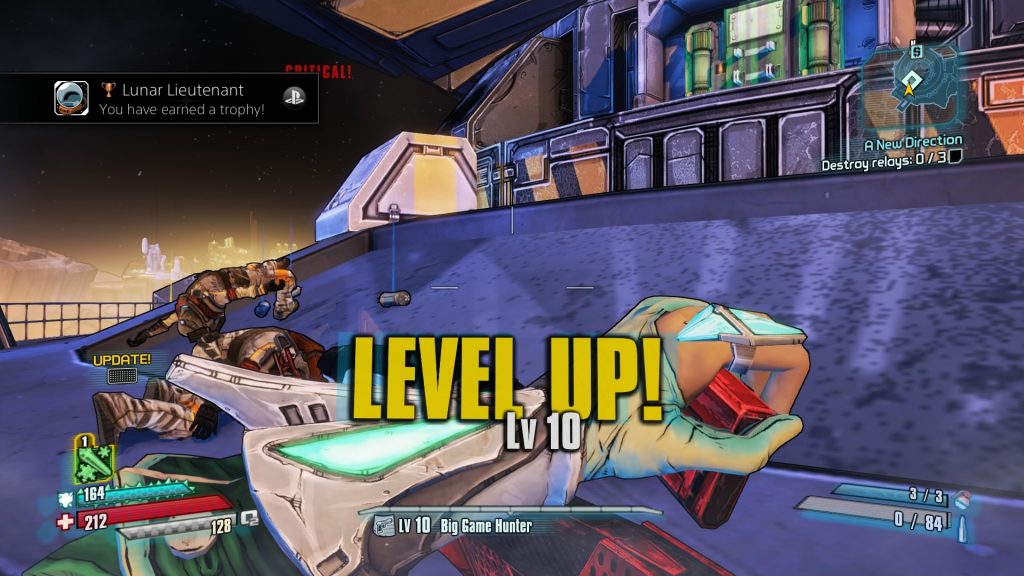 What feels more complete of the two is Borderlands 2, with over 50 content packs and over a trillion-bazillion guns, it is normal to feel overwhelmed at first. You have 2 minutes to choose from any of the 5 characters, 2 of which are DLC characters not included in the original release. Once that is done you set forth to unravel the mystery of Pandora, the Vault, and put a stop to Handsome Jack. 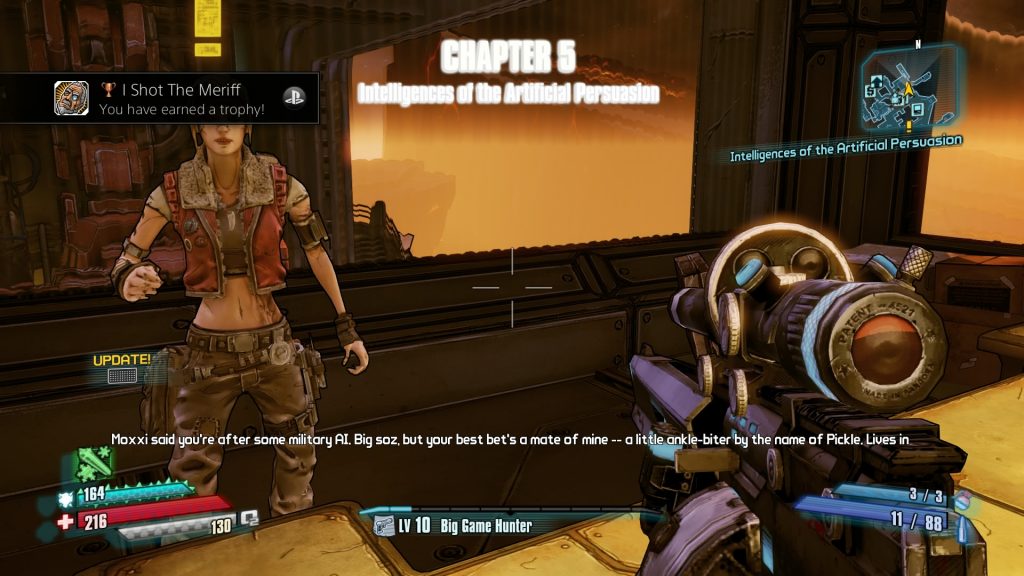 Playing out like any other traditional first person shooter, Borderlands does a great job at keeping the player in the game at all times, the environments are beautifully crafted, the weapons are plenty, and Pandora’s inhabitants are fitting. Running into a stronghold with a slag weapon in one hand and a bouncing lava grenade in another is something only possible in Borderlands. 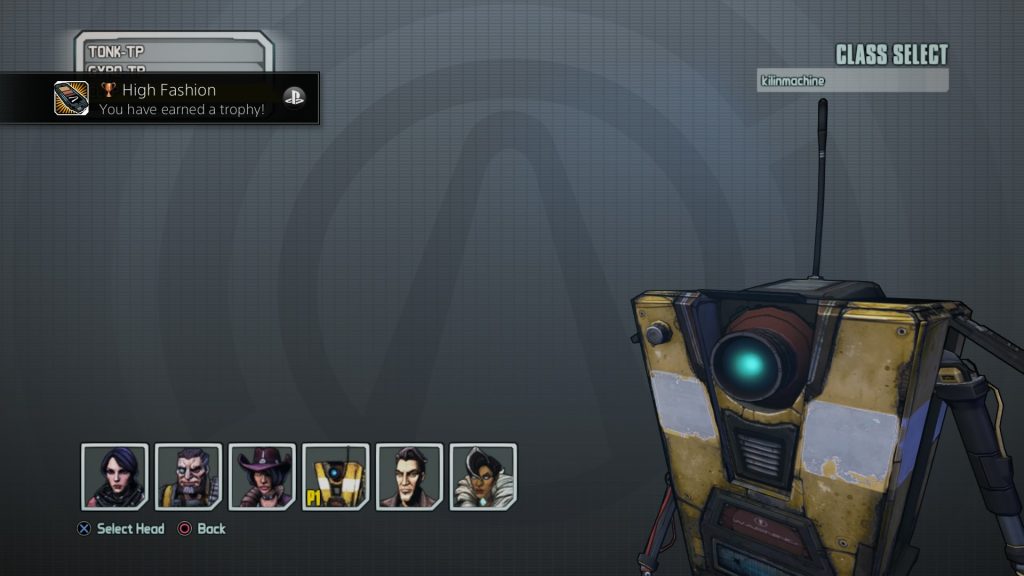 There is very little difference between the character progression in Borderlands and Borderlands: The Pre-Sequel. Both games see you racking up EXP for killing enemies, accomplishing objectives, and completing quests. This EXP goes into your level and you gain skill points to use to level up your skill tree. One thing I have never enjoyed from the Borderlands series is the skills tree. In the original the skill tree upgrades were noticeable, but this time around I never really felt like it was necessary to go in and upgrade my class. The results were less than satisfactory once you have unlocked your main character skill. Mine was Deathtrap, a hovering robot that you summon to destroy everything around you, but after that the others felt like they made no difference. 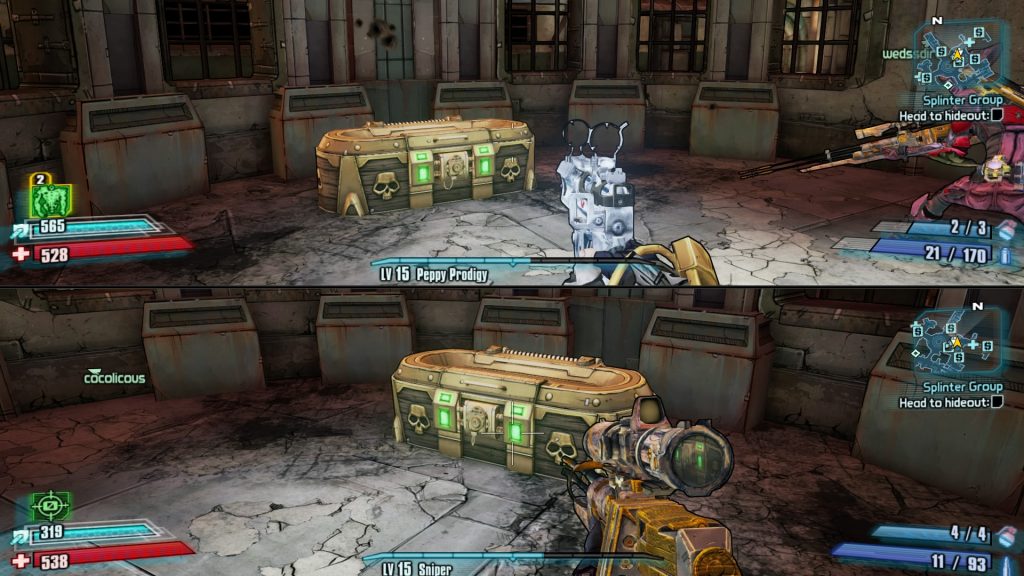 As you progress through the game you will find loot, some of this loot is more useful being used as a doorstop, and some you will find you keep with you for quite some time. Words cannot describe how many guns you will find throughout the game. Snipers, rocket launchers, SMGs, pistols, it is crazy, and thanks to the engine’s very-unique gun generating system, you will never find the same gun twice. That being said, there are a few legendary guns around the game, I had yet to find any, but given that you can replay the game a couple of time with content carrying over, they would be more useful later on. 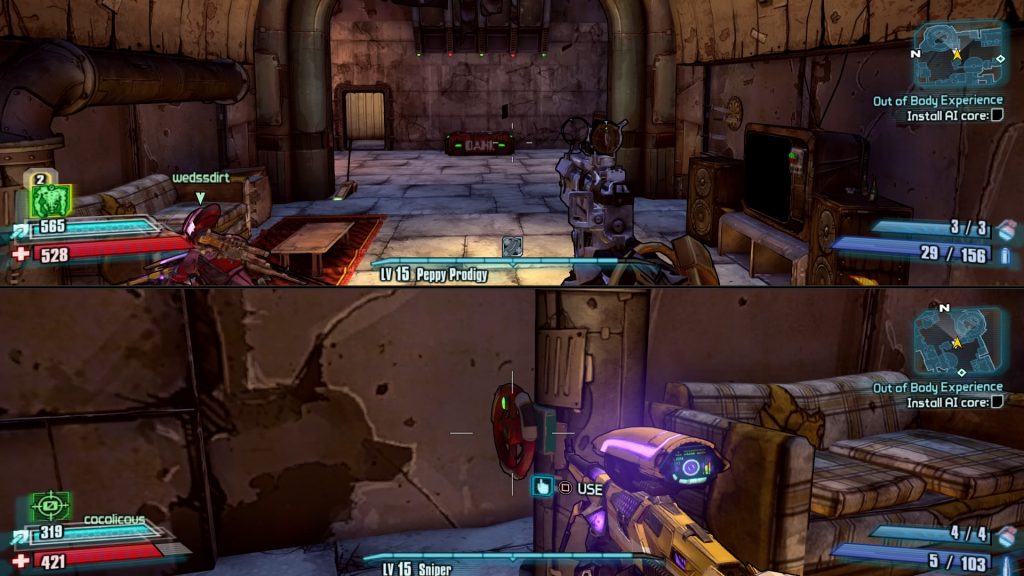 Borderlands is nothing without its comical humour, and every time I thought that it was getting serious, something came along to take the mickey out of today’s popular pop culture. From shooting a chef named Gordon Remsey in a kitchen, playing Dungeons and Dragons with Tiny Tina, or a talking gun that screams “kill, kill, kill”,  it is one constant rollercoaster of funny. The quests pack their own humour too. I did a quest called “The Hunger Pangs” which saw me running around making a pie to feed to a turkey like creature. During this quest there were other “tributes” that popped up and I even had to fight off some “Jabberjacks”, the comical reference for the “Jabberjays” in The Hunger Games. The humour keeps you present even during the most boring and tedious side quests, and there are plenty of those. 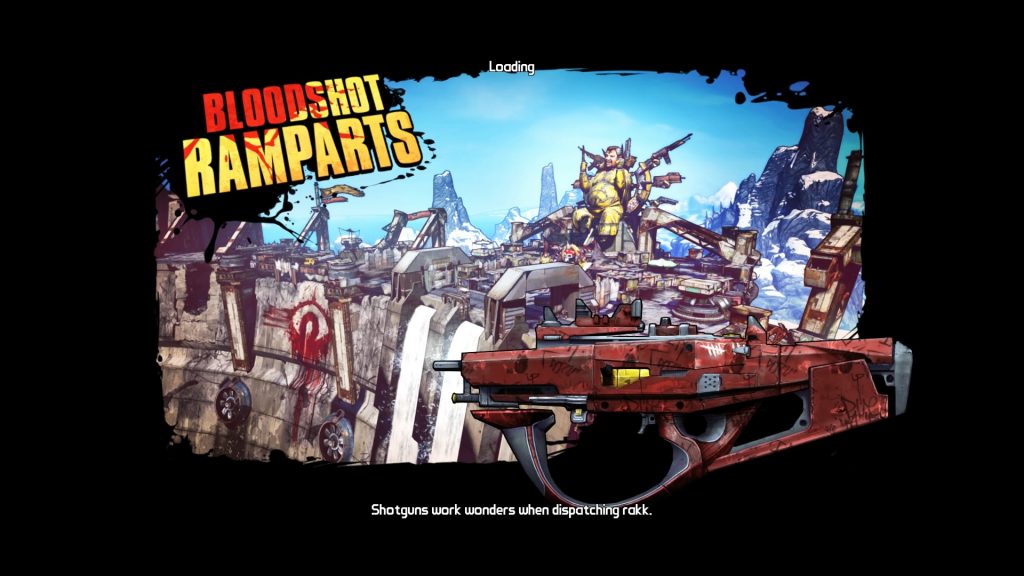 Borderlands: Pre-Sequel does feel like a cheap knock off with very little content and rehashed weapons. I encountered a legendary weapon that looked the same as the copy of it in Borderlands 2, but it just had a different name. This makes me wonder how much effort was put into the game’s biggest features. The environments feel bland and the presentation is too much of the same thing. When you put the two games together you actually see how little they improved on in the Pre-Sequel. Nevertheless, it still adds to the overall package and even though it feels like rewashed gameplay and features, it is fun to play through. 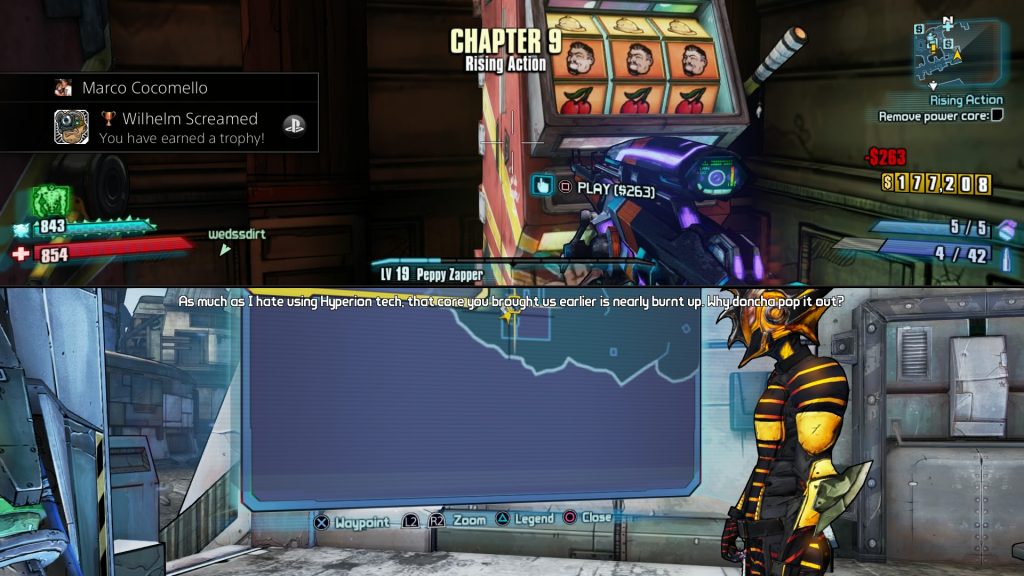 Now to the issues. After an 8GB day one patch, there were still constant issues in the game. There is no vibration for the controllers during gameplay, sometimes it kicks in, but never while you are shooting or being shot at. This is a major issue as during the times of chaos there is so much happening on the screen that you do not know if you are even being shot at. A little vibration to warn me would have saved my life many times. The game often froze at times forcing me to restart, and I had a time where a trophy failed to pop up (the worst kind of bug). There are also slowdowns when playing split screen and one player is buying from the shop while the other is just walking. The same slowdowns appear during the Pre-Sequel, but this time they are present while playing single player, and happen quite often while exploring. 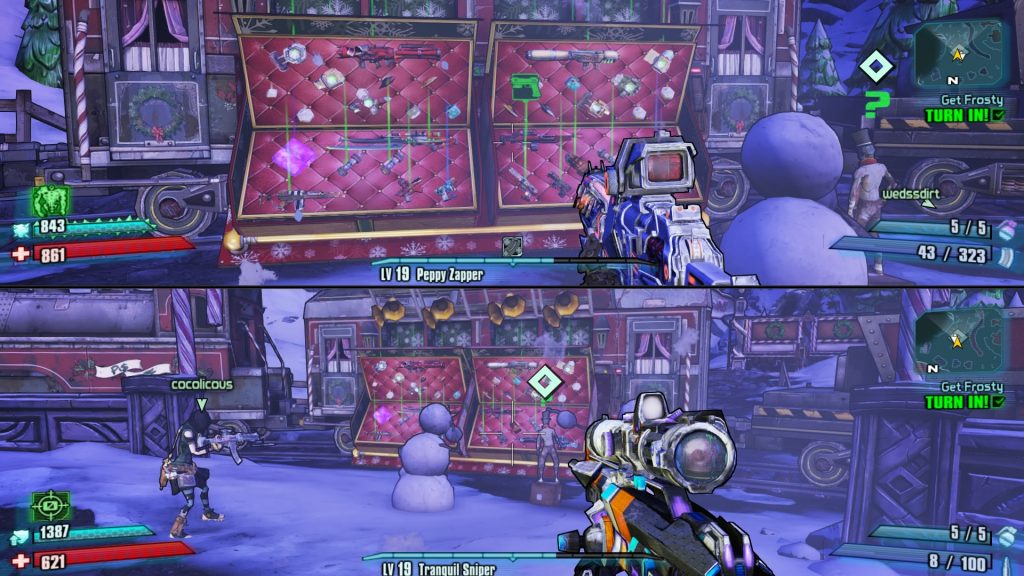 The Handsome Collection is by far one great package. Borderlands 2 is a rewarding experience with so much to do and so much to see. The Pre-Sequel fails to live up to its predecessor, but there is still more content to come in the future. The game offers hours of enjoyment, and is the ultimate couch co-op game, supporting up to 4 players on screen at the same time. If you want to get into this, grab a friend or three and get going! 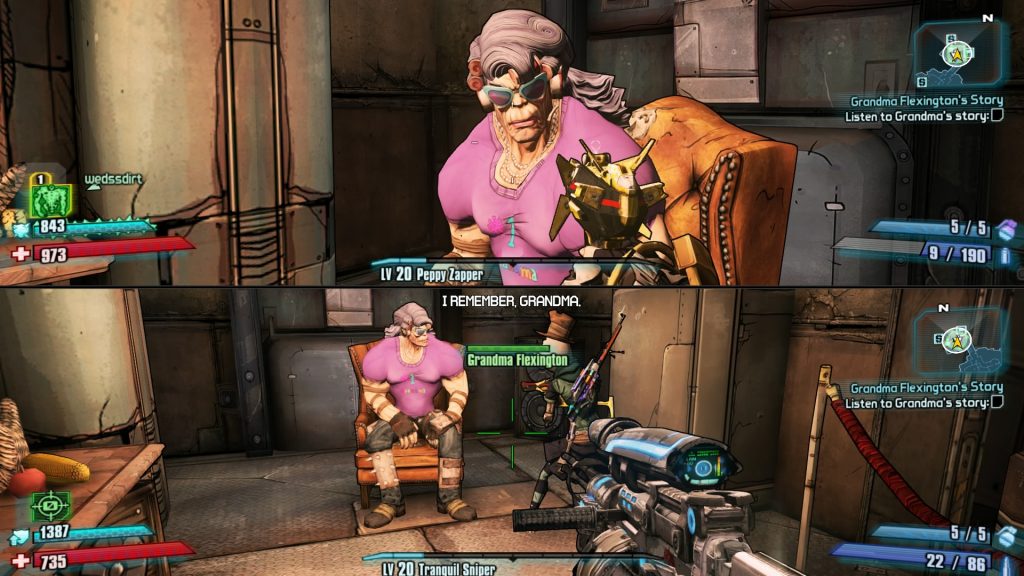 Disclaimer: This Borderlands The Handsome Collection Review was conducted on a review copy that was sent to Tech Girl.