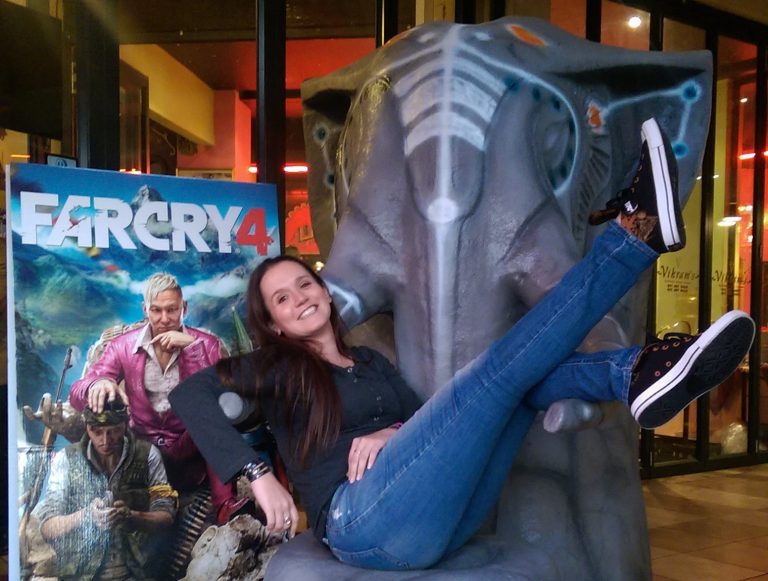 So Far Cry 4 launched yesterday (19/11/2014). We were lucky enough to be invited to the launch party which went down on Monday night at a rad little spot called Vikrams. They do yummy Indian food and treated us to a delicious buffet of curries while the game was set up for us to play.

I just broke Tech Girl cardinal rule number 1 and wrote about an event we went to and what they fed us. My bad. 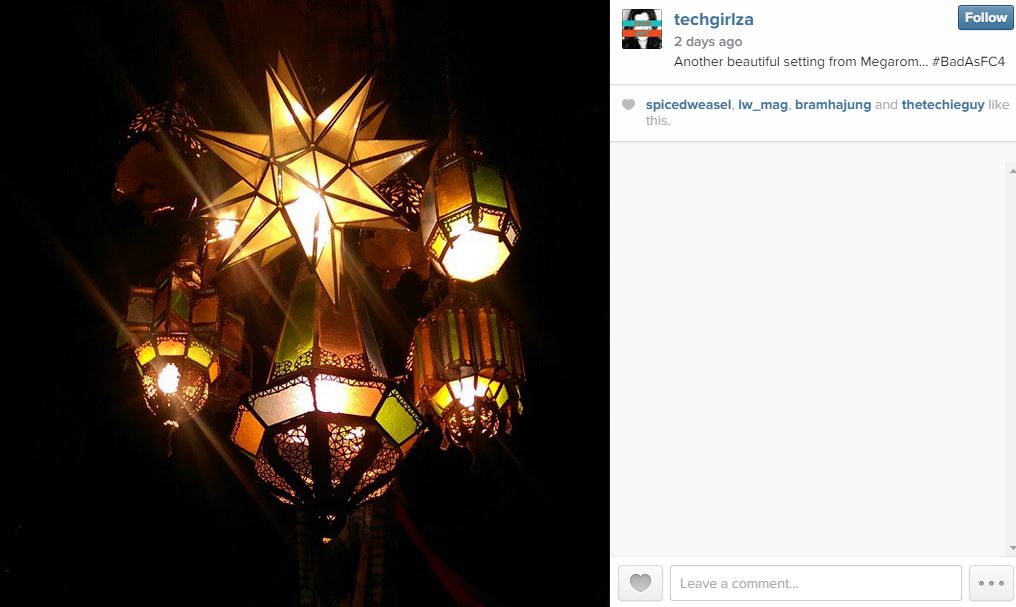 While there I got a chance to chat to Lazygamer’s Zoe Hawkins, Spliced Magazine‘s Pippa Tshabalala and I tried to find out where she works but couldn’t so I’m writing this instead’s Claudia Knuttel and ask their thoughts on the game. I proceeded to record them on my snazzy Lumia 1520 and because I’m clearly head of the techie pack, fiddled with the settings to give the recordings a gorgeous orange/red hue so as to stay in the theme of the game (think blood spattering).

Okay, I’m lying. I did fiddle with the recording settings on the snazzy Lumia (which allows me to basically film in any setting). Sadly, my fiddling destroyed the quality of the video and I didn’t realise until I arrived home to edit. To make it up to you I cut and pasted the interviews into random bits of the Far Cry 4 trailer to make it more interesting.

Here’s what you need to know: Far Cry 4 allows you to create a really great story (I’m a sucker for those), it also has a rather fun alternative ending (which you can read about here), the game play is really good, there’s a crazy sociopath and there’s lots of violence. I haven’t had a chance to actually sit down and play the entire game so as to supply you with a “serious review” but for the most part? It looks rather wicked.

And now for the video – SA Girl Gamers weigh in on Far Cry 4: