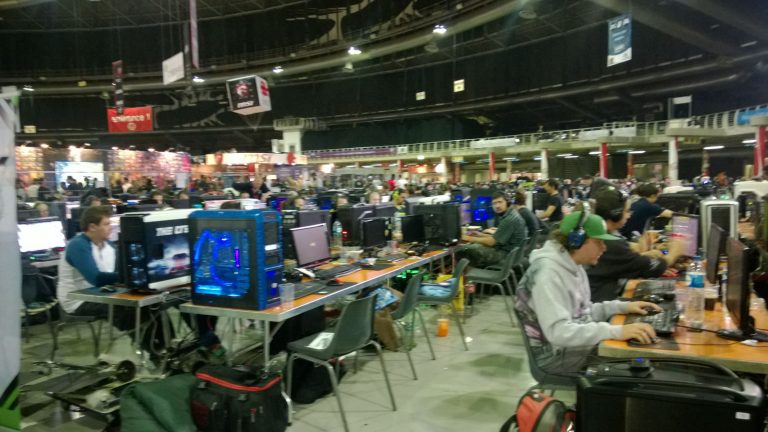 There is no way we can put all the rAge Expo 2014 Sheenanigans down in one post. So we have a series of posts on the way that cover the rad gadgets and all the fun.

There were 3 Tech Girls in attendance. Interestingly enough, while I was chatting to Michael James, the Senior Project Manager at rAge, he mentioned that when the expo started 12 years ago it was a bit of a “boys club”. Michael told me that every year more females attend. I’d easily say there was a decent gender split this year in terms of feet through the doors. Proof that gaming is also for girls (but we knew that already).

Michael’s entire team is made up of females. We all know women get the job done and organising an expo the size of rAge would need some seriously efficient organisers behind it. I wasn’t surprised. Kudos to an all women team putting together an event of that size and magnitude.

Lou, La and me all hit rAge this year. Here are our recaps: 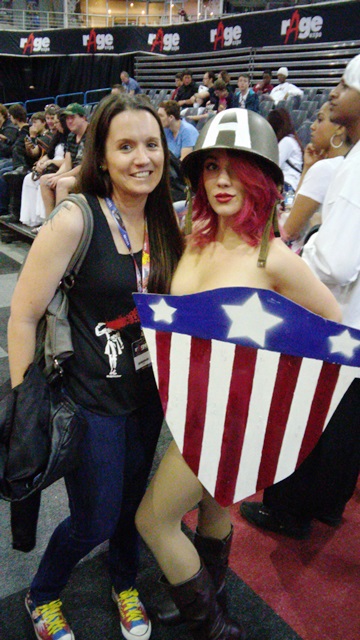 It would have likely been Evolve if I’d had a chance to get through the crowds and actually get to play it. So for me the highlight was the 3D Printing. Call me a nerd but I could have spent hours watching the folk from CAD House scan and print stuff.  For around 25k you can get a scanner and printer for home use (I’d never be able to build my own). Think someone will leave one under the Christmas tree for me if I ask really nicely?

My one disappoint was that the NAG Lan went on upstairs while some of the country’s best gamers were housed downstairs competing in the Telkom DGL Championships. None of the public seemed to know that there was this amazing competition going on downstairs. I’d love to see those DGL finals broadcast at the expo. I’d watch. Surely NAG & Telkom can work together to make this happen next year? Our gamer rockstars should be treated as such. The idea of shoving them in the basement (it isn’t the basement but you get my point) didn’t sit well with me.

I reckon my rAge highlight would be just getting to walk round the expo, checking out all the displays and getting to chat to awesome people. Plus Smallville Comics hooked me up with an epic birthday gift so I was stoked. If I have to be really honest though, the highlight was watching Michael James go back to his gaming roots and attempt that wooden ball game of Sam’s (it’s a Kendama – we’ll have a post up soon).

My rAge low light was Saturday’s crowd. There were just too many people. With that many people on the expo floor it made it near impossible at times to maneuver around everything.

I went to Rage on Sunday and I must say it was the best decision in terms of avoiding the crowds and queues. My best thing about Rage 2014 would have to be the cosplayers. The amount of work and dedication these guys put into their costumes blew me away. It’s really refreshing to see so much enthusiasm in a community.

My worst thing about this year’s Rage was the lack of expo specials. Sure, there were many specials advertised but the prices weren’t particularly low. Apart from the insane special on the Playstation Vita (rumoured to be going for R700 each, but unconfirmed) everything seemed to be the price you would get it for in any shop.
Have a rAge highlight? Or even a low light? Share them with us in the comments below.