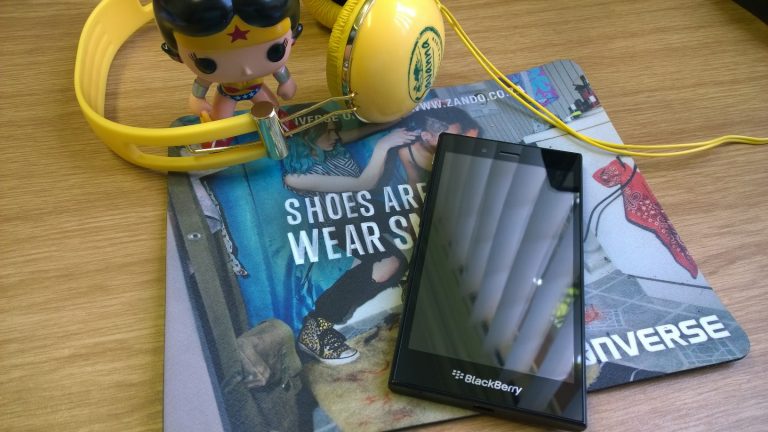 You know, there was a time when I had a Blackberry. It was a Blackberry Pearl and BIS (Blackberry Internet Service) wasn’t even available in South Africa. I loved that phone. A few years later we all had Blackberries. It was the dawn of instant messaging with BBM. Chain mails were replaced with annoying broadcast messages.

And then we didn’t have Blackberries anymore.

The rise of the OTHER fruit named phone began and we all jumped over to smarter options. There were a few who remained loyal and true, but for the most part it seemed the age of Blackberry was done.

I have, over the past few years, found a way to occasionally utilise the brand in funny word play to get a dig. I haven’t been very nice. But, in all fairness, I’ve not used or reviewed a Blackberry in close on 2 years. A few weeks ago, the folks at Blackberry got in touch. They wanted me to take part in the ten day Blackberry challenge. They’d supply me with a Blackberry Z3 and I would need to use it in my usual day to day operations for ten days. Because I’m always up for a little challenge I thought what the hell! This is a recollection of the ten day Blackberry challenge and whether or not the phone was able to keep up with me:

I’m so not sure about this.

The Blackberry Z3 arrived yesterday. I’m supposed to go for a quick 30 minute training brief on it before I start this. But hell, it’s a phone right? I’ll start now. I was surprised by how heavy it was out the box. It’s a solid guy and just less than 1cm thick. The casing is rather sturdy which is good for someone like me. I spend a considerable amount of time dropping phones on the floor. I spent a good few minutes trying to get the back cover off to insert the sim. I just presumed being a Blackberry that would be the required procedure. Remember how they used to freeze and you had to take out the battery to get them working again? Anyway, I’m an idiot. The sim card slot is on the side of the phone along with a slot to add a MicroSD. The phone comes with 8GB Internal storage but the extra memory card slot means you can add about 32GB more.

Finding all the apps.

I’m not sure how I feel about this phone. I’ve been able to find  apps in Blackberry World for most of my needs. Spent some time looking for Dropbox only to feel like a right fool when I realised the Blackberry Z3 comes preloaded with a “connect to Dropbox” app. My bad. The press hype stated that the new Blackberry phones were Android compatible but I’m yet to figure that one out. For now I’ve found iGrann which is an Instagram type app on the Z3. It works really well. The sliding around is taking a lot to get used to. You slide to the left for ease of access and up to minimise apps. I’m kind of relieved I decided to try this phone out over a weekend. This may have got me very confused (and irritated) had I been at work.

This blasted phone keeps sending me Facebook notifications at work and I’m not 100% sure how to switch them off. The constant beeping is driving me mad… for the most part though the ten day Blackberry challenge is going rather well. Running around during working hours is the true test though. I’m in love with the keyboard on this phone. Touch screens are usually the death of me. My thumbs never quite click those buttons properly and autocorrect catches me every time. The Blackberry keypad is great. I’ve not had an autocorrect fail yet and it feels a bit like I’m typing on an actual keypad… though maybe that is in my head. If you’re wondering – no, I’ve not set up my BBM. The thought sends shivers down my spine. One of my work colleagues is trying to convince me as he has BBM. He was rather surprised by the phone. The Z3 costs less than R3000, which is rather impressive in a world filled with smartphones that hit our pockets by 9k at a time.

Today was “Blackberry training day.” I thought this was really stupid because who needs training right? But I’m glad I went. For starters, no more annoying Facebook updates. I’ve got a better understanding of how “The Hub” works and now am able to customise it. I’ve got to be honest, having all my priority communication in one spot like this, no matter which platform, is working a treat. I’m loathing admitting it but it does make life a hell of a lot easier. Part of me felt a bit guilty, I got some one on one training with Martin Fick from Blackberry SA…. But surely someone buying a Z3 wouldn’t be so lucky? I was wrong. The Blackberry website provides quick video clips on each device running through much of the stuff I learnt today. You can find those here.

I forgot to charge the Blackberry Z3 last night. Grrreat. Realised half way to the stables (my first stop in the morning before work) that I had 35% battery life. Murphy’s law, my RED-E Power Bank somehow ended up in the other handbag. I was banking on having no phone by 8:30am but was pleasantly surprised. Phone was still going strong and I was able to carry on as normal. I’ve also been able to load up Instagram and a few other Android app favourites. I downloaded 1Mobile Market from Blackberry Store and I’m sorted. Some of them lag a bit but for the most part – not too bad.

Events back to back today. From work I headed off to Rosebank for a sneaker launch and then into Braamfontein for a fashion show. I need a good camera on my phone. It’s a must to capture rad shots at these things, either for blog posts or for Instagram and social media. The Z3 does the job but I was somewhat underwhelmed with the 5 megapixel rear camera. It didn’t quite produce the sharp imaging I’d want. Mind you, I’m comparing these pictures to those taken by phones 3 times the price… not all that fair is it?

Where the hell am I?

I wasn’t very happy with the Z3 today. The majority of our time spent together has been great and it has started making my life far easier but today it got me lost on my way to an important meeting. I used the Maps app already preloaded on the phone. It doesn’t hold a flame to Google Maps. Which, of course, I couldn’t load because I was on the road. First thing I did when I got home was find Waze in 1Mobile Market.  It works like a treat and in future I’ll be sorted.

Working on the go.

I spent the whole day at a horse show. Thank goodness for DocsToGo (preloaded on the Blackberry), I loaded up the running order of my classes from email and opened up the excel spread sheets relatively easily. So I was organised on arrival at the showgrounds. My coach though? Not so much. Luckily I’d now figured out Connect to Dropbox and shared all my info with her. Quick and easy. Only had to leave the hub once. So much easier when you don’t have to jump between a gazillion apps!

Writing down all the things.

I’ve spent the day writing random thoughts… on my phone. The Z3 comes with Evernote so I’m having a reflective day and typing away. It’s a bit out of character for me. I usually HAVE TO have physical keys to punch but I’m really finding the Z3’s keyboard a pleasure to type on. Plus it has learnt most of the words I use, so it predicts them on the keyboard and I just have to swipe up to select. It’s so easy to get thoughts down quickly. I’ll add the posts to Dropbox and get them up on the blog tomorrow. 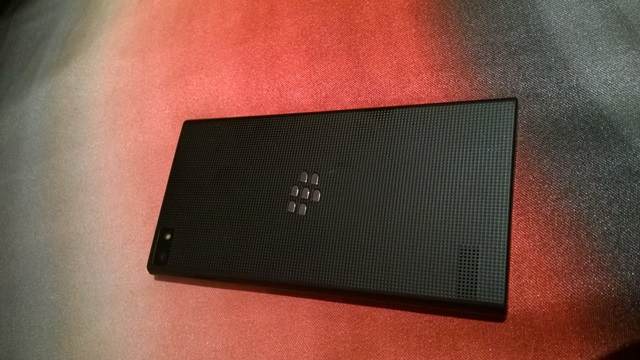 The ten day Blackberry challenge is over. I’ve got to be honest; I went in really sceptical about the brand and especially the Z3. I’d heard about the Blackberry 10 Operating System and how it was designed by a company who had developed similar OS for the likes of NASA but I put it down to great marketing spiel. To be honest, the hub is rather rad. It keeps everything in one place and once I’d set it up to suit my needs it was ideal. I hardly ever had to open apps again. It saved me time and made life just a little bit easier.

I could do everything on the Z3 that I do on phones 3 times the price. The camera isn’t great, the phone’s a little bit heavy BUT it runs at an optimum speed, has good battery life AND doesn’t cost an arm and a leg. I’m surprised more parents aren’t opting for the Blackberry Z3 as a first smartphone for their little lovelies/leeches. I suspect varsity students are all over this guy.

So it would appear I was wrong. Blackberry’s time isn’t quite up. 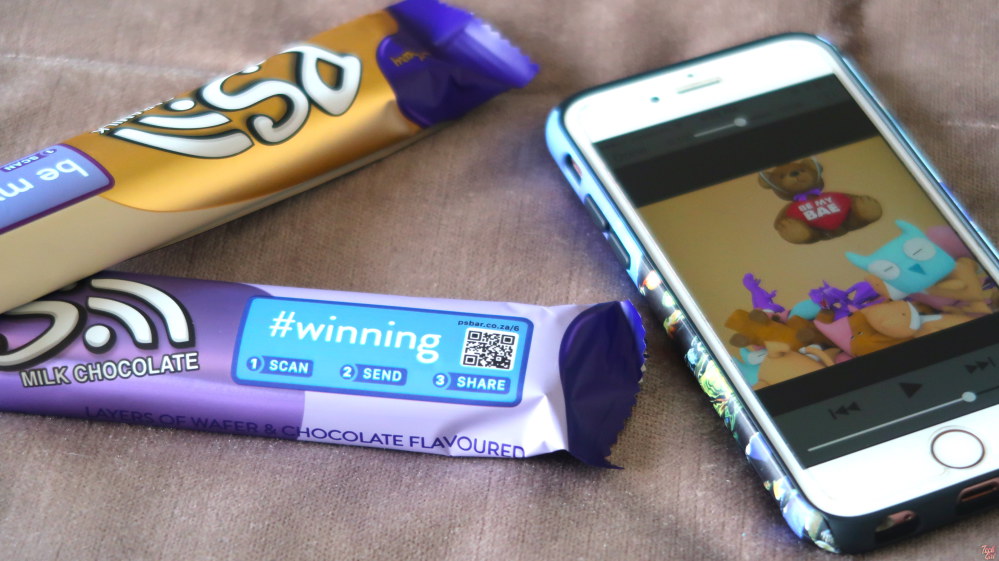 Cadbury PS Bar messages just made the jump to the internet