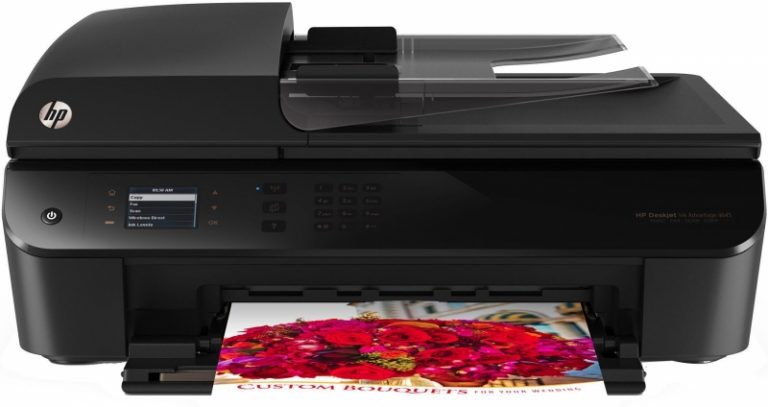 A week with the HP Deskjet 4645 All-in-One Printer

Having the opportunity to play with the HP Deskjet 4645 for a little while we took full advantage of the convenient photo printing feature. We had a couple of empty frames around the apartment, one of them was already hanging on the wall. The last piece of the puzzle, would obviously be to print out some pictures so that the frame could be populated – and so that it would look less weird than having an empty photo frame hanging on the wall!

A pack of photo paper gives you 20 sheets, which we cut up into quarters. The hard part came in deciding what to do with our 80 postcard sized sheets. We made good use of it, printing out both colour and black and white prints, working our way through a couple of printer cartridges along the way.

The HP Deskjet 4645 e-All-in-One has the four basic functions: print, copy, scan, and fax. We tested the first three – I don’t know anyone who still accepts faxes, never mind the last time I sent one myself. Regardless, there are evidently still people that use it.

My favourite feature was the printer’s wireless capabilities which enabled us to print from multiple devices without having to first install drivers. We printed directly  from our phones, the iPad and our MacBooks, the printer just queued it all up and spitting them out on a first-in-first-out basis. While it was really a pleasure to use, not all of our photos came out great. The blacks were not deep enough and solid colours had perceptible bands across them.