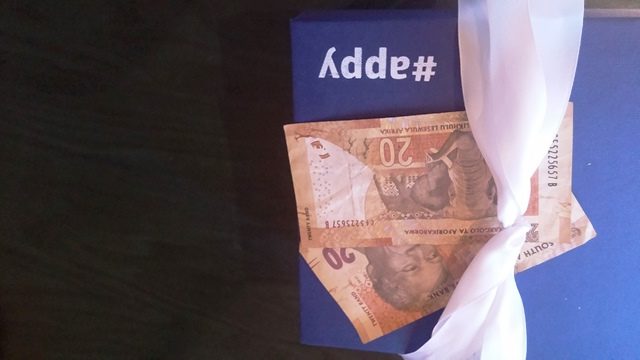 What do you think of the new smartphone app from Standard Bank?

Within a few hours of launching an exciting new mobile banking app it crashed and Standard Bank were left with clients that weren’t all too #appy.

However, all has been restored and the technical glitches have been ironed out. So rather than harp on that, I’m going to share with you my thoughts about banking… and the apps. 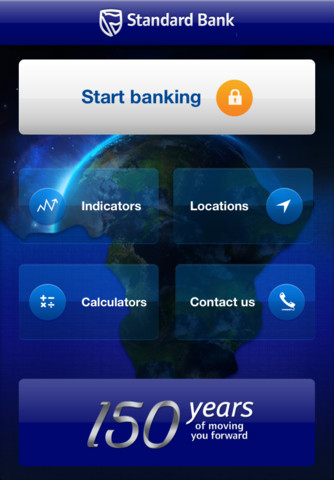 I don’t think banks really realise the grip they have on us. I’m basically forced to give you all my money and hope you’ll hold on to it safely but also give it back to me immediately when I ask. There is nothing more frustrating than having to fight to get what is yours out of a bloody bank. For a good few years I’d have screaming matches with Standard Bank call centre operators because they insisted I had to go into the branch to get approval on an increase on my monthly internet banking transfer limit. That’s right, if I wanted to transfer R100 before the end of the month I’d be expected to traipse into a branch (which isn’t open after working hours), stand in a queue and request it. Not cool.

And then that other bank went off and made it easier.

They were the first, but I don’t think we can criticise the likes of Standard Bank for deciding to follow suit. The “blue bank” launched a new generation tablet banking app earlier this year and their main objective was to make clients #appy but also, to make banking a little bit simpler. The tablet app got a rather impressive response (more than 50 000 active users in just a few months). There are a few reasons why and by now introducing the Android and iOS app for smartphones, I think Standard Bank customers will be far happier.

There’s nothing worse than being just another number. Expected to conform to a system developed to please “the majority”. Who, exactly, are the majority? This new smartphone app from Standard Bank lets you customise your space. You can edit dashboards, names and create an app that works for you. You’re also able to navigate from business to personal accounts with relative ease. With your unique ID – the customised settings will be accessible from both your phone and tablet – no matter which you set it on. 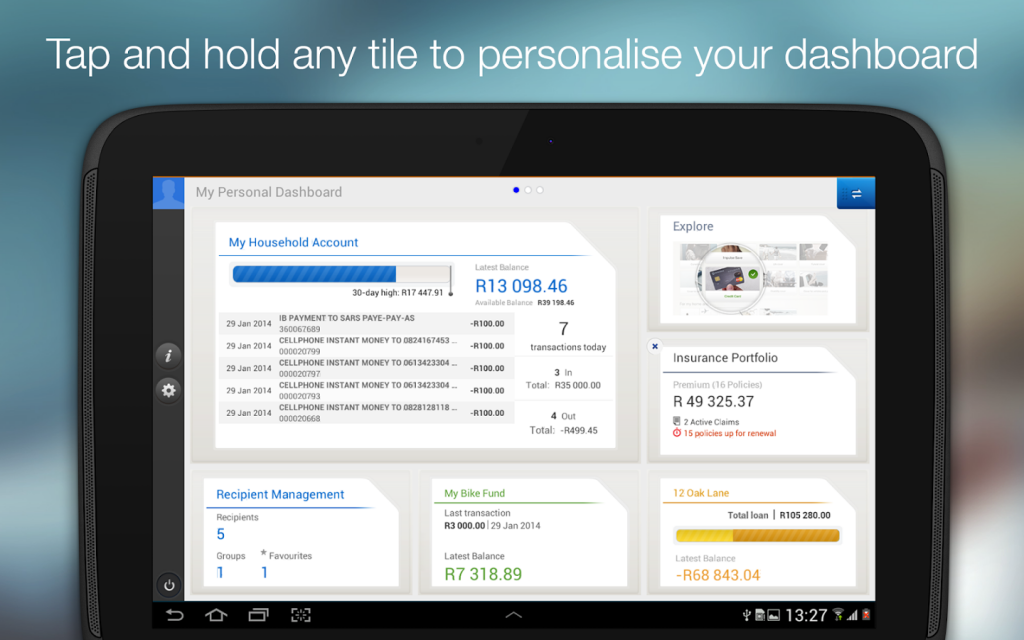 You’re able to pay people without bank accounts, increase your monthly transfer limit (big cheer from me on this one) and create cash vouchers than can be drawn without using a bank card (big bonus here if you leave your purse at home).

iPhone users can just upgrade their current app and they’ll be good to go. Android users will need to download a new app.

And now for the bad news

While there are plans to release an app for Blackberry and Windows Phones, right now, you’re stuck with the old banking app. Also, the app did crash just after launching. We’re always a bit nervous about security issues, especially when it comes to apps involving our hard earned cash and a crash so soon after launching does make us a little bit nervous. However, Standard Bank played an important role in bringing the likes of SnapScan and MasterPass to our phones and we love those ones (plus their security has impressed us so far). So we’re trying to remain cautiously optimistic.

Have you had a chance to use the new app yet? What did you think?