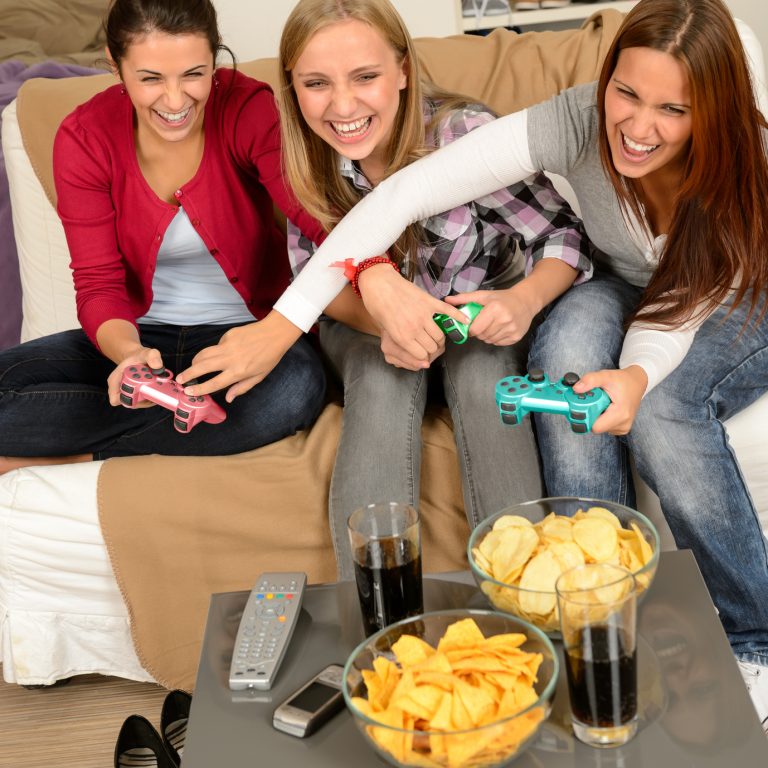 The Girl Guide to MMOs

Up until a few years ago, it was difficult to say that girls play games too. Many believed that it was a myth, and maybe a ploy to hide bad gameplay *cough*.

Oh how times have changed. Girls play games to, and not only girly games like those adapted from television programmes and movies (think Desperate Housewives, Harry Potter and Barbie) or Farmville 9… whatever number we are on now), or The Sims (I’m not bashing the Sims. Let’s get this straight. I still LOVE the Sims, and have ALL my games since the original game launched).

Girls play real games, like Call of Duty and Counter Strike, StarCraft, Age of Empires and Warcraft III, Diablo, and MMOs. We like the awesome stuff too!
Wondering what games fall into the MMO genre? Think Age of Conan, The Secret World, World of Warcraft, Star Wars: The Old Republic, Guild Wars 2 and many more.

But what’s it like being a female who plays games?

In my experience online, girls are presumed to be the players who struggle more (think DeeDee in Dexter’s Laboratory), or players who play supporting roles (think healers). It sometimes still is a generalisation that many people support. But not all girls fall into that category. 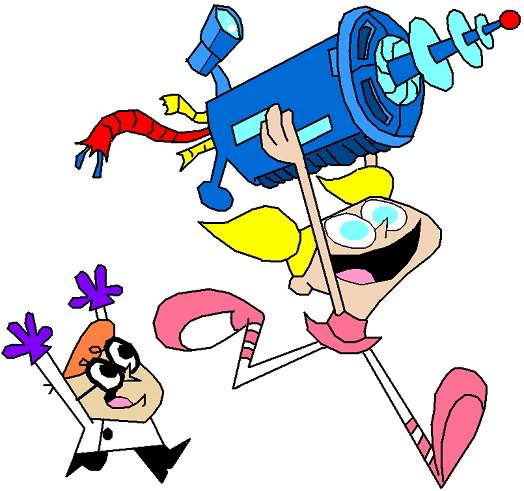 Personally, I like storming into battle, and bashing things with axes and swords, maybe even big hammers, and giving some guys a run for their money on the damage meters. Do people in the guild know I’m female? Yes. And sadly, it also means I’ve felt I need to push myself harder to perform so as to show people what I am capable of before being accepted as one of the top gamers.

It might not be as common to disclose one’s gender, purely because of how one could be treated online. But on the other side, you get to be the girl who helps some guys pick out gifts for girlfriends or fiancés, even when you’re a world away! There are always two sides to any argument and while the guys might give you a hard time sometimes, you can be a valuable asset to their gameplay most of the time.

Massively Multiplayer Online Role playing Games (MMORPG or MMOs for short) are close to my heart, not only because there’s another adventure every day, but also because there are so many things to do and experience in-game, that it’s not about “finishing all the levels” and then trying something new, it’s an ongoing quest. You create your own story, and can change or alter it if you so like.

MMOs have some key features that may distinguish them from other genres, here’s the girl guide to MMOs:

1. MMOs need a constant Internet connection to play. You also play with other people, in real time while you’re online. These games have dedicated servers – local or international – that you can join, and they are often referred to as realms or worlds; a place where adventurers can immerse themselves in, defeat the baddies, and get to connect with other people from around the world.

MMO players really do come from all over the world (the real one), to take up arms (axes, swords, a garden hoe, or even broken bottles) to go forth and conquer the villains who are attacking or corrupting the world, and to make it safe, once again. We’re protecting the world from all sorts, whether it be dragons, or ancient gods, maybe corrupted kings, or even forces from another world (read: undead. Gross).

MMOs distinguish themselves from other games by having so many aspects that play a part in the game; from the game mechanics, to storylines, plots and character creation. And in my opinion, MMOs are definitely one of the more interesting genres to play. 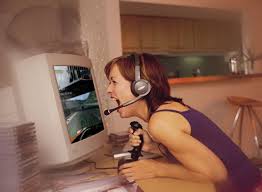 2. There is no ‘right’ or ‘wrong’ in an MMO. As long as the player has fun, which is all that matters. Even though there might be ‘optimal’ ways to do things; as long as the baddies are dropping dead around you, and you are not the one dying, you are not doing anything wrong.

3. MMOs have interactive environments. In Guild Wars 2, for example, you can pick up elements to interact with. So you see a rock lying around. You can pick up the rock, maybe set it on fire and then fling it at your enemy… that’s more fun, right?

4. Everything you do in an MMO influences the outcome of the game. It’s not a game that you save, reload and can continue at another stage. It’s an adventure that starts from the moment you create your character, and you are in charge of that adventure. 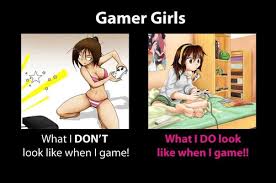 5. MMOs have a sense of community. It’s not just you playing on your own. At any given time, a few thousand other (real!) people are playing in the same world as you – some of them might even have the same in-game goals.

Because of this, MMOs are very social, and a great stepping-stone for shy geeks to make new friends, or you can play with your existing friends. Just remember that you can take your friends to Azeroth, or Tyria, or any world. You can group up with your friends in game, and have some fun, but do remember fun is to be had outside of that realm as well.

If you really want to, you can even join all-female guilds in these fantasy worlds. There are a few guilds in these worlds that only have female members. If you feel like you would be more comfortable in one of these guilds, you could join them (provided you’re playing the same game as them, and on the same realm). You could even establish a guild with some female friends if you are all keen. 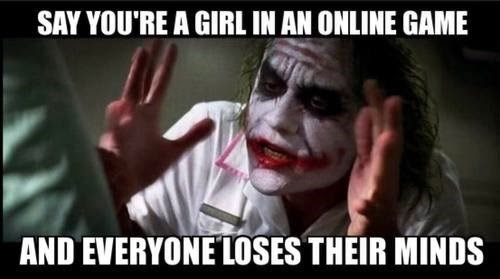 You can join guilds, or group events; some of them may even affect the whole realm that you are playing on – Some MMOs have a World vs. World battle system, where different leagues can battle each other, and of course, teamwork leads to victory. Most other MMOs have PvP battles (Player vs. Player) where you can test your skills against other players.

If you like playing alone, well, you can. Doing quests, collecting things, or even exploring all the secrets (Easter eggs) in the game – ultimately you are the master of your time online and you can choose how to spend it.

Collections and hunting achievements may even become a hot topic of discussion in guilds, as well as with your friends. Choosing to collect rewards over time will require teamwork and cooperation (mostly), and you might even get to know more people with similar interests whilst doing so.

Not all people choose to play with a character of their gender though. There are many guys playing with female characters, or girls playing male characters. It’s a personal choice you make when creating the character; it might be a mask to hide behind, or it might just be because you like the aesthetics of a certain race or gender more. Some people even try to make their character look like them in some way… 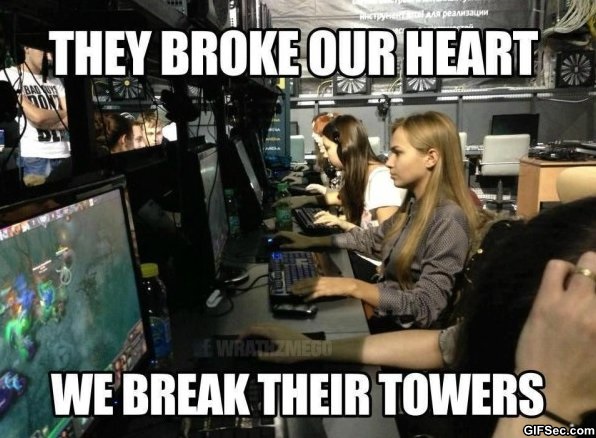 Some people choose certain races because of the history the race has in the game. Let’s say someone has an affinity for crafting things and, well, beer – they might choose to play a dwarf, because in many games dwarves are weapon or armour smiths, and they have an affinity for ale.

Elves might have an affinity to magic, music and nature. Humans might be skilled hunters. It all depends on the game you are playing, and where you can see yourself in that world.

Most characters are very customisable – from hair colours and styles, to eye colours and body shapes. Decide how tall you want your character to be, is he or she tanned? Well-built? You can even colour the armour that your character is wearing in some games (I have spent hours creating multiple characters in many games. I love this bit. It’s almost like creating a Sim, but not).

Apart from the character’s looks, in some MMOs you also choose their background, their history and even their life story. This ultimately plays a role in the experiences you may have in game, and how others 9NPCs, factions may react towards you.

7. MMOs sometimes have a monthly subscription fee, and others are free to play. The region you play in, determines which currency you will be billed in (Dollars, Pounds or Euros). You can renew subscriptions monthly, or even pay for a few months in advance if that’s your choice.

The social aspect of the game is what has kept me interested in MMOs. Getting to know new people; teaming up with, or against them, and most importantly, having some fun. I also have a few friends locally whom I have played with, and it can be great a topic of conversation.

It’s great to not always be the damsel in distress and to make a difference to a world (albeit a fantasy one) as well as getting to know new people in the process of conquering evils, having fun with friends (new and old), and most of all, just enjoy playing in a world where you can immerse yourself.