Playing Penny for the day at JSinSA

Arriving at JSinSA I felt like Penny from Big Bang Theory. Everyone seemed to be speaking a different language and using ‘big words’ like API methods and java. As I stepped into this parallel universe I was pretty bewildered and knew I going to be confused, a lot.

Granted I was at a Javascript Development Conference.

In its fourth year, JSinSA is aimed at the industry peeps. So it was unsurprising that the technical sessions went right over my head. However, the real surprise was that I wanted to be there and to learn more. To soak it all in and hopefully soak up some of the tech awesomeness dripping off the hardcore web developers, who were some of the best devs in the country.

“JavaScript (JS) is a dynamic computer programming language. It is most commonly used as part of web browsers, whose implementations allow client-side scripts to interact with the user, control the browser, communicate asynchronously, and alter the document content that is displayed. It is also being used in server-side network programming (with Node.js), game development and the creation of desktop and mobile applications.”

“JavaBeans are reusablesoftware components for Java. They are classes that encapsulate many objects into a single object (the bean). They are serializable, have a 0-argument constructor, and allow access to properties using getter and setter methods.”

“Java coffee refers to coffee beans produced in the Indonesian island of Java. In some countries “Java” can refer to coffee in general.”

“The shortened version of Developer”

*Edit’s note – these definitions have been sourced directly from Wikipedia.*

The vibe was one of general tech geek awesomeness and after 15 minutes of standing around awkwardly, I chatted latched onto a group of guys, who, unknowingly, would be my guide into the world of coding for the day.

The opening speech from Simon Stewart (Founder of @JSinSA, @FindFreeWiFi, @FindABookShop) had some great key points applicable to not only the dev industry, but life in general:

Simon’s last point is a quote from Tech master, Guy Kawasaki. If you aren’t already subscribed to his blog, “How To Change The World: A practical blog for impractical people” side eyes go check it out, like right this very instant so we can be friends again.

THE BIGGEST QUESTION…Where are all the female coders?

One thing that struck me was how few females were there, in a group of 125 there were 5 of us. Coding seems to be a very male dominated industry, which got this Penny thinking, are there any Tech Girls out there who want to know more about coding?

The ability to tell your java from your java beans?

If you’d be interested in learning about coding (and even not so interested) comment on this post and let us know. You stand to win a gorgeous Nude Audio portable Bluetooth speaker (it also has a dual microphone so turns into portable speaker phone & is designed to travel with its silicon cover). 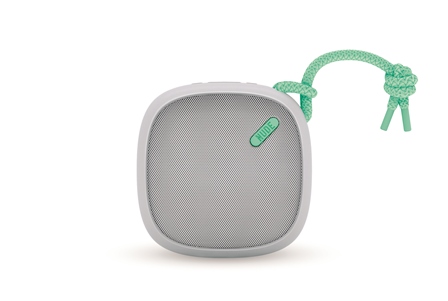