We loved slapping Snailboy (this is actually a game review)

All these things have the same thing in common. Whilst waiting, you have time to kill… but, what can you do in those amounts of time? (Admittedly a doctor’s waiting room might leave you with enough time to go get some take aways as well, but no judgies Drs).

I like to play games on my phone while waiting. Games I know won’t take up a load of time, and that can be paused when the time has come to pick up food, grovel for a home loan or go get your cooties identified.

A South African studio called Thoopid (yes, you read that right) came up with Snailboy – An epic adventure for both Android and iOS smartphones. Snailboy is a physics-based game with slings, slaps, slides and kicks where you help Snailboy avoid prickly plants and overcome various obstacles to find his shell.

Think sticking to moss to leap to a platform, and jumping on mushrooms to get to more slimeys, which can buy you more lives, if you so happen to connect with prickly plants more often than not.

The less time you take to complete a level, the higher your score is. So it’s a race against time even! I can imagine yelling out to a receptionist “just give me a few more seconds here, level’s almost done!”

A sidenote: You start off with a tutorial to show you all the tricks of the trade. What to avoid, what not to avoid, and how to control the game. Not many games offer that kind of help…

The graphics are AMAZING! It looks like an HD movie on your screen. The detail is, well AMAZING (yes, I know) and even though it’s really pretty, your phone performance doesn’t suffer. Great! It’s a world created for Snailboy and you to enjoy (well, more so if you can slap him around, but that’s just me).

The only downside? Ads! After every level is completed, there’s an ad that pops up. Guys, I’m happy to pay for this to go away. Seriously. 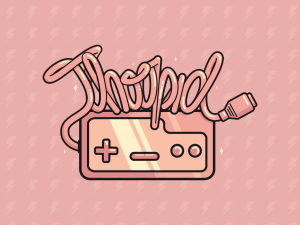