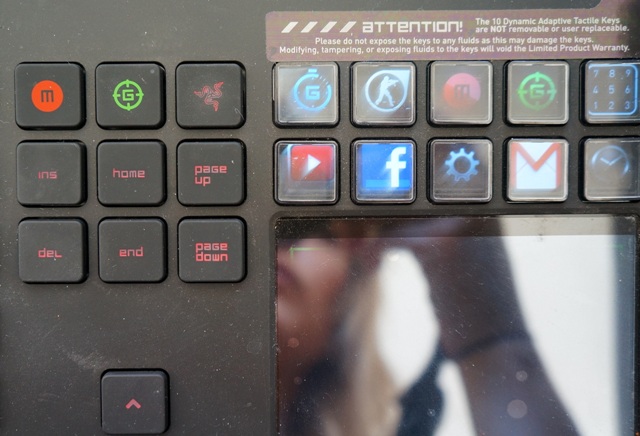 The Deathstalker Ultimate is, ultimately, disappointing.

Full disclosure: I’m not a gamer, so I wasn’t the consumer Razer had in mind when they designed this keyboard. But I did give it to my gaming boyfriend for a second opinion. The general consensus? The Deathstalker Ultimate is, ultimately, disappointing.

To be fair, the keyboard and I didn’t get off to a great start. It requires two USB ports (and they have to be next to each other) to run, which meant that I had to try three different laptops before I could get it to work. Once I had found one, I realised that with two USB ports gone, I was going to have to choose between a mouse, a 3G dongle, a memory stick, and any other peripherals requiring a USB port. 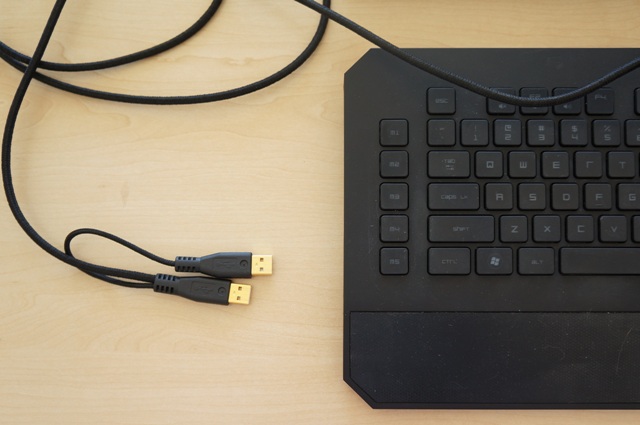 The Synapse software used with the keyboard is a really great concept. By downloading the software, creating an account and customising your peripherals, you can take your keyboard anywhere and access your custom configuration, providing you’ve downloaded the Synapse software. Unfortunately, the installation process is pretty arduous, so plug and play is not an option. 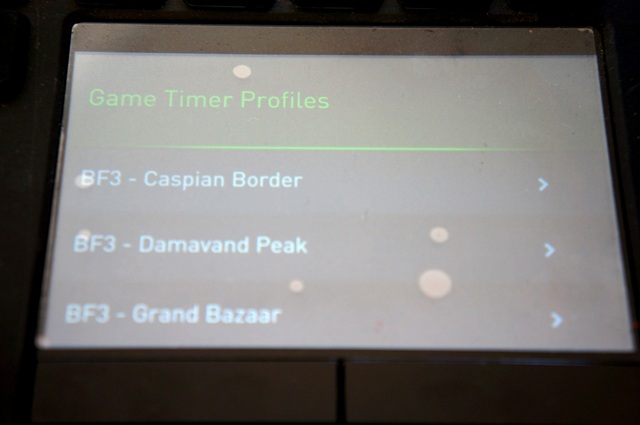 The real attraction with this keyboard is the touchscreen and ten app buttons on the left of the board. The app buttons are fully customisable with your favourite apps – including YouTube, Twitter, Gmail, and Facebook – which are displayed on the touchscreen (which doubles as a touchpad when not in use). Of course, you have to ask yourself, do you really want to check Facebook on your four inch keyboard screen, or will you just use your phone? Personally, I’m not sold. The screen is too small and the angle too uncomfortable to make use of the screen for any extended period of time. 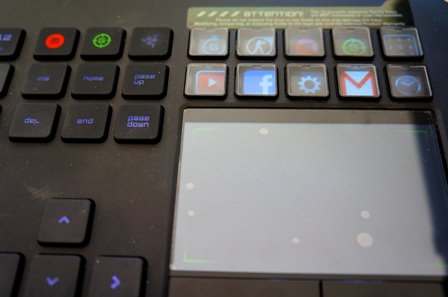 While checking your email and tweeting without having to exit the game may be nice, the real power of this little addition is with custom designed game apps, for games including Counter Strike, Battlefield 3, and Team Fortress 2. As I understand it, these apps provide in-game shortcuts intended to save time and enhance play, but unfortunately only a handful of games are currently supported.

The app keys themselves are pretty cool. Essentially, each has an LED screen behind it, so that the keys change with your app selection. The images look great from a seated position, but as soon as you stand up they become blurred.

What I did love about the keyboard was the customisation options, and the fact that you can change the backlight colour to anything you want! Different coloured keys everyday! You can even set the backlight to sequence through the colours, so that they’re constantly changing as you type! 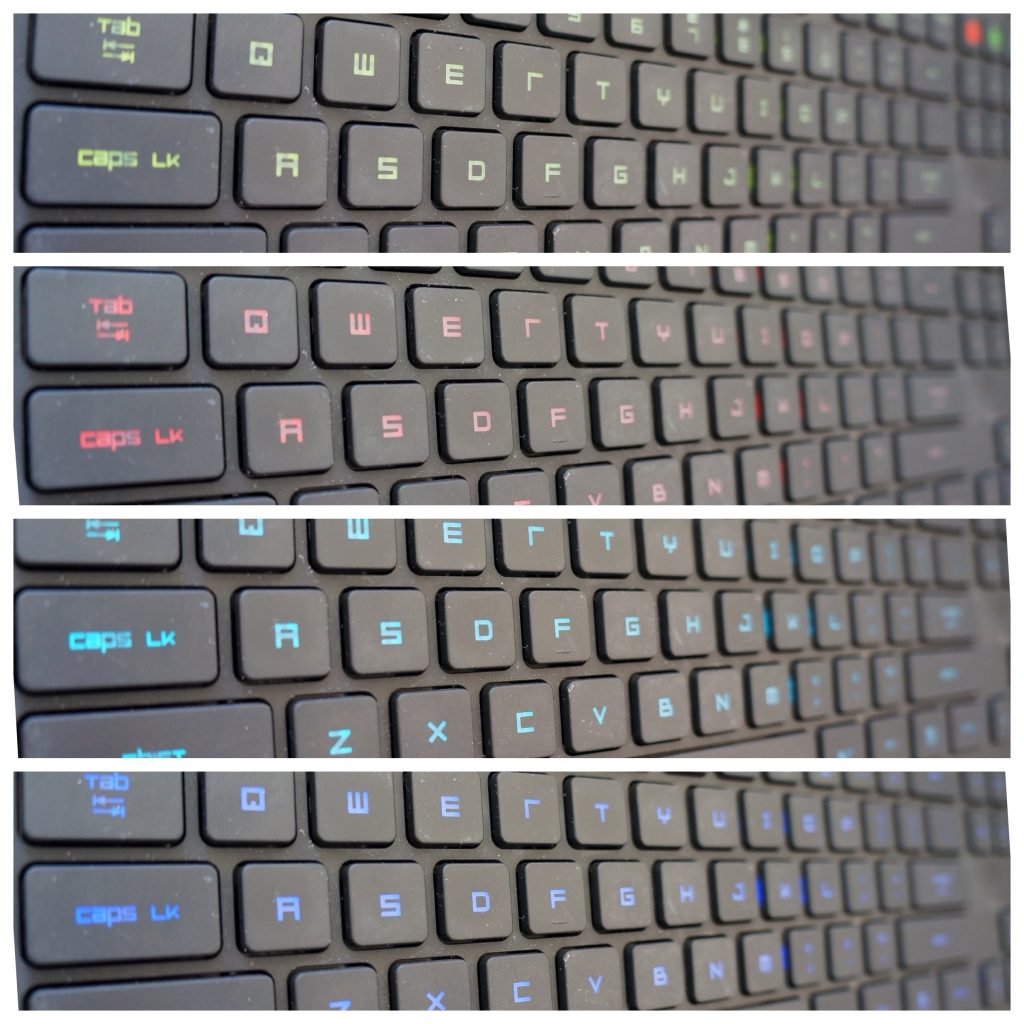 Unfortunately, that was where the awesomeness ended for me. They keys are not uniformly responsive, which results in missed letters when typing. The touchpad is also fairly unresponsive, and it often thinks that you’re clicking and holding when you’re really just trying to move across the screen, resulting in on-screen chaos. Repeatedly.

But the part I really couldn’t excuse was the entire system crashing every ten minutes. Each time, I would have to unplug and replug the USB ports, which would be hugely annoying in play (and just as annoying in life). The rebooting process takes about a minute, which was just long enough for me to contemplate whether the keys would look as pretty once I’d thrown them out of the window. 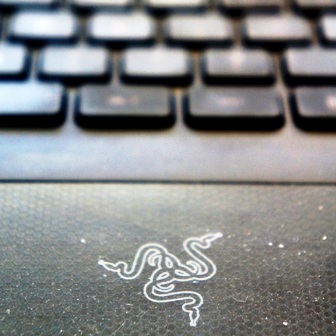