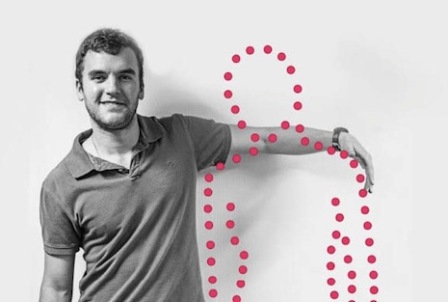 Want to fake an entire relationship? There’s an app for that…

Think your boyfriend is the bees knees? Does he text you sweet nothings day in and day out? Those warm and fuzzies you’re feeling may just be randomly generated. BroApp is an Android app that allows men to schedule romantic text messages and allows him to “spend more time with the bros” (we can’t make this one up). Men’s Health has defined it as a way to “outsource your relationship”. Oh and if you think you’re going to bust him, think again. The creators of the app have that covered. The app won’t send messages when he is at your place and won’t send messages if you’ve recently communicated with your man. Much like Tweetdeck giving you the ability to schedule your tweets, you can now schedule your relationship. 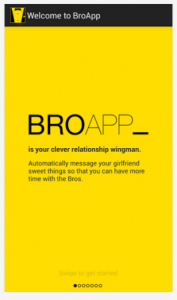 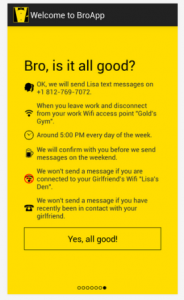 He says he is unavailable? Maybe not…

If I had a rand for every girl I’ve met embarking on a secret relationship with a man who is “tied to” his overbearing girlfriend who he doesn’t really love but cares enough about to not break her heart, I’d be a very wealthy woman. I’d likely be able to add a bit more to that bank balance if we added a rand for every girl who make it their goal to have sex with “taken” men. Yup, they exist and seem to get off on sleeping with men in committed relationships. However, the joke may be on them if he is using The Invisible Girlfriend App. The app creates a fake girlfriend that calls you, sends you text messages and even interacts with you on social media. Her personality can be customised as can her interactions. There’s an Invisible Boyfriend App as well… if you’re desperate enough to appear unavailable or tired of answering “but what about your love life?” questions from your family.

While this particular app has nothing to do with faking a relationship, I came across it in my research and felt it my duty to warn you. I don’t condone going through your partner’s smartphone, but in this case, if you’re planning on getting down and dirty with someone make doubly sure they haven’t added Spreadsheets to their list of apps. The manufacturers will have you believe the app “brings you closer intimately through technology”. Let’s debunk that marketing garbage quickly. Spreadsheets allows you to keep a record of the number of sexual encounters you’ve had. You can even record the date and time it took place. While Spreadsheets doesn’t record audio or video it does monitor the user’s movement and audio levels through an accelerometer and microphone. With this data it is able to provide an analysis of the user’s bedroom antics. 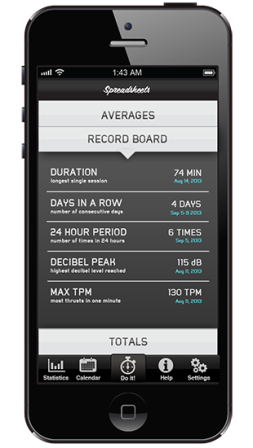 So summed up, using Spreadsheets the user has a detailed breakdown of how long they last, how loud they get (and how loud their partner gets) and even how many thrusts a minute they’re averaging. While I cannot imagine why you’d want this information, more than 10 000 people have already downloaded the app.

I’m thinking a ‘smartphone in the bedroom ban’ may be in order.